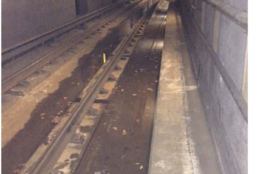 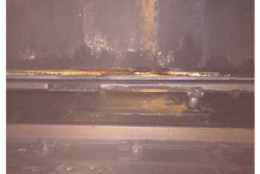 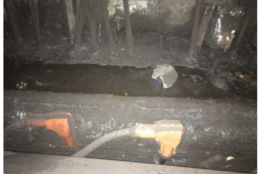 WASHINGTON — Dozens of deteriorating water seals in rail yards and waterlogged tunnels across the Metro system are among the problems uncovered in three months of newly released Federal Transit Administration inspection reports.

While standing water, clogged drains, debris around cables and tunnel leaks were found on all lines, inspectors found the most significant problems on the Red Line.

Between Woodley Park and Tenleytown in early January, a metal safety catwalk was rusted out and so were switch enclosures near Cleveland Park. A copper pipe was leaking water onto the tracks, there was mud and debris around cables and the third rail, and there were two long stretches where the tunnel was too dark. In February, there was a tunnel leak there onto the electrified third rail.

Between Tenleytown and Bethesda, there were multiple other tunnel leaks, puddles of water around cables and clogged drains, as well as another long stretch of tunnel with poor lighting in January.

In February, a third rail insulator was wet, muddy and arcing, FTA and Metro inspectors noted.

On Jan. 17, shortly after a derailment near Farragut North, inspectors found numerous water leaks just down the Red Line in the tunnel between Metro Center and Union Station, with mud-clogged and debris-filled drains.

Metro moved to replace those seals after the L’Enfant Plaza smoke incident that killed Carol Glover.

In December and January, a series of checks in the West Falls Church and Alexandria rail yards found track issues that needed to be repaired and dozens of connector assemblies were found with watertight sealing collars that were not properly in place or had deteriorated.

Metro had focused the sealing efforts on underground tracks where trains carry riders.

Separately, in an effort to keep more water out of tunnels, Metro has been testing a tunnel sealant in short stretches of the Red Line tunnels, and could expand the program.

The transit agency has reduced the focus on regular cleanup of the worst Red Line stretches though, instead focusing on cleanup only when other track work is planned in a specific area, Metro Board briefing documents said earlier this month.

Between Bethesda and Friendship Heights on Jan. 29, inspectors found rusted off plating falling off a step to the emergency catwalk and an electrical junction box that had fallen off the side of the tunnel and lay in the path to an emergency exit.

From Friendship Heights to Cleveland Park in late January, there were numerous areas with standing water and mud. And between Cleveland Park and Woodley Park, drainage channels were blocked.

The water problems are not limited to the west side of the Red Line though, inspectors found multiple water leaks in the tunnel between Forest Glen and Silver Spring Jan. 31, including one onto the electrified third rail. Near Glenmont, another tunnel leak onto the rails and clogged drains were found. 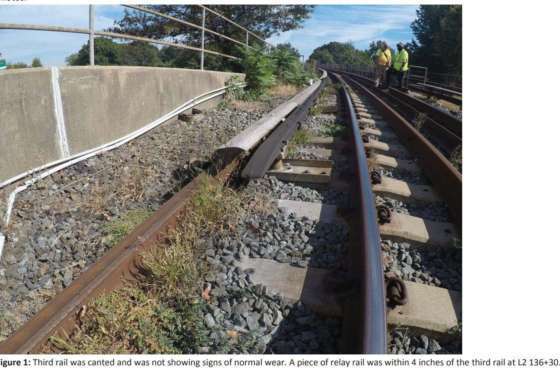 On the Orange Line, water was leaking onto the tracks in January near Deanwood, and mud and debris were blocking drains. There were water leaks from the tunnel ceiling near Clarendon, and blocked drains in a dangerously dark tunnel between Courthouse and Rosslyn.

On the Blue and Yellow Lines, there was standing water or other issues like tunnel leaks in several spots south of Arlington Cemetery and Pentagon. The Blue Line also had clogged drains, heavy mud and standing water between Benning Rd. and Addison Rd.

On the Green Line, pools of water and heavy mud and leaking tunnel walls were spotted downtown. One of the leaks dropped right on the orange boot cable connections and a safety catwalk.

There were other Green Line tunnel leaks or drainage problems between Fort Totten and Prince George’s Plaza, along another long stretch where tunnels were too dark.

The Green and Yellow Line tracks south of Fort Totten had clogged drains and several water leaks too.

Even Metro power substations and train control rooms had water problems — including a power substation near L’Enfant Plaza where some water pooled near the electrical equipment Feb. 8. Other alarms or issues were found to be fixed too. 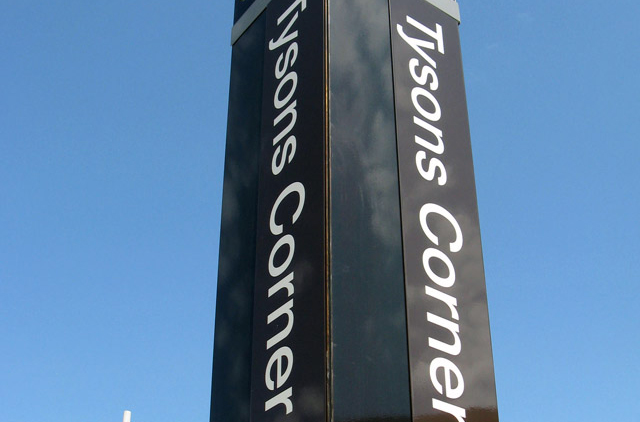