Entries and exits there dropped 1.8 percent, even when compared with a period when part of one line was shut down for weeks and when two lines were single-tracking for nearly a month.
Listen now to WTOP News WTOP.com | Alexa | Google Home | WTOP App | 103.5 FM

WASHINGTON — Metro ridership is down in Northern Virginia, even compared with a period a year ago that had major track work disruptions.

The number of entries and exits at Virginia stations in January, February and March dropped 1.8 percent compared with the same timeframe a year ago, when part of the Blue Line was shut down for two weeks and then the Blue and Yellow lines were single-tracking for nearly a month.

Even with the decline, Virginia recorded an average of about 6.5 million Metrorail trips per month this winter, according to data provided by the Northern Virginia Transportation Commission, with a slight increase in March compared with the previous year.

Compared with figures before 24/7 track work began, however, the decline remains steep.

Next week, the Metro Board is due to learn how the ridership decline is affecting the budget for the year that ends June 30. For the last several years, Metro has cut costs each year as ridership dropped below projections.

Metro recently expanded parking fees to include a $2 charge on Saturdays at most garages. A recommendation to make that permanent could come this summer.

Other Northern Virginia transit ridership ticks down too

Overall, Northern Virginia transit trips, including Metro, dropped 4 percent in the first three months of this year compared with the same time a year earlier.

Many of the other local transit agencies had added service to make up for Metro’s single-tracking and shutdowns last year, which increased their ridership then.

Virginia Railway Express average daily ridership jumped last year on the Fredericksburg Line, and remains above a three-year rolling average. It dropped slightly in the first three months of this year compared with last, however.

Use of the new Silver Line stations in Tysons Corner and Wiehle–Reston East increased 2.6 percent in January, February and March compared with a year earlier, but Orange Line stations saw ridership declines.

On the Silver Line, Greensboro and Tysons Corner had the biggest jumps in ridership — 9.5 percent and 6.1 percent, respectively. Only Spring Hill had fewer trips than a year earlier.

On the Orange Line, the number of trips to and from Vienna and West Falls Church dropped more than 2 percent. Entries and exits at shared Orange and Silver Line stations between East Falls Church and Rosslyn dropped 4 percent, with increases only at Clarendon and Virginia Square.

The next weeks-long shutdown is scheduled to be on the Red Line from July 21 through Sept. 3. Rhode Island Avenue and Brookland Stations will be closed.

During part of that shutdown, the Blue, Orange and Silver Lines will also see major service cuts Aug. 11-26, with round-the-clock single-tracking near McPherson Square. 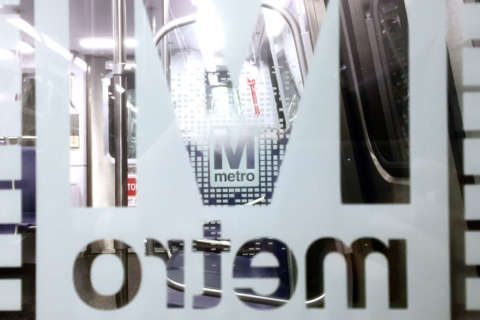