The tunnel under the Washington Channel waterway and Southwest Waterfront is under pressure from the water above, and in an aging system, Metro can't guarantee that incidents won't happen.
Listen now to WTOP News WTOP.com | Alexa | Google Home | WTOP App | 103.5 FM

WASHINGTON — Very close to where water in a tunnel contributed to the electrical arcing that led to Carol Glover’s death on a smoke-filled Metro train, groundwater recently burst through to the tracks. In an aging system, Metro cannot be certain it won’t happen again.

“What we had with the Yellow Line is, again, a very old system, and you have an encased tunnel there. You have rivets in effect that were put in there. And over time, they wear out,” General Manager Paul Wiedefeld said late last week.

Asked how he can be sure the water will not gush through the wall again, or worse, Wiedefeld said Metro does examine issues like that, “but things can still happen.”

The tunnel under the Washington Channel waterway and Southwest Waterfront connects the Yellow Line bridge over the Potomac River to L’Enfant Plaza station. It is one of only two Metro connections to the District from Virginia.

The other tunnel, used by Orange Line, Silver Line and Blue Line trains between Foggy Bottom and Rosslyn, is a key chokepoint for the system and has had its own water issues at times.

Water getting into tunnels has long been a serious problem across the Metro system, even away from the Potomac River.

On the Red Line, a plan that began to take shape back in 2014 would have shut down a stretch in the Bethesda area for several weeks straight or, in a later version, shut down the Red Line in that area every weekend for months last summer in order to install new concrete in the tunnel to keep water out.

This 2014 Metro video outlined how Metro would have handled those repairs under the weekend plan:

Bids for that project came in far above Metro’s projections, and the agency decided last year to put off the Red Line project indefinitely.

In the meantime, under the direction of the Federal Transit Administration, Metro now has crews dedicated to that general portion of the Red Line just to clear drains and address serious water issues. The evening and overnight has reduced the number of smoke and fire incidents in the area, but made for consistent disruptions for riders after Metro spent years ignoring the problem.

“It always gets down to the same core issue: You gotta find time to get out there and do that type of work,” Wiedefeld said. “You need the dollars to do it.”

He plans to soon launch a personal push for changes to deal with Metro’s long-term capital funding needs and what he described as an “unsustainable cost model.” 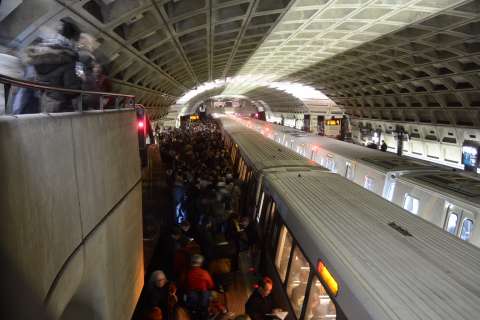 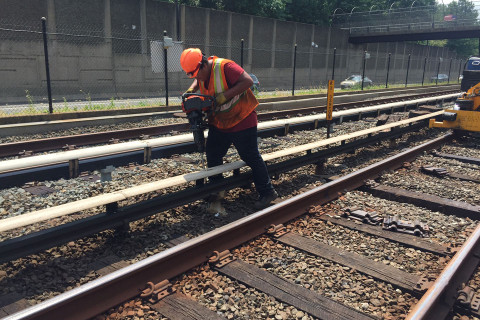