Metro Board pleads for someone ‘to step up,’ cover late service after Caps game

A potential deal with the nation of Qatar — which would give the transit agency $100,000 to keep service running an hour later after Thursday's Game 4 — is now in doubt.
Listen now to WTOP News WTOP.com | Alexa | Google Home | WTOP App | 103.5 FM

WASHINGTON — Reports Tuesday that the nation of Qatar will pay for an extra hour of Metro service after Thursday night’s Capitals playoff game might have been a bit premature.

That deal is now in doubt, and Metro Board Chariman Jack Evans is pleading for another moneyed party to do their “civic duty” and provide the $100,000 that will keep trains running later.

“I need somebody in this region to step up,” Evans said Wednesday afternoon regarding added late-night service after Game 4. His appeal also applies to Monday’s Game 6 (if the series goes that far) at Capital One Arena — and, hopefully, after each home game of the Stanley Cup Finals.

The deal with Qatar hit a snag over a requested indemnification clause, he said. Making a change to Metro’s standard form contract would require board approval. And while the deal is not necessarily off, a ride home for thousands of Caps fans is still not a sure thing — especially if it goes into overtime.

That frustrates Evans, who also represents Ward 2 for the D.C. Council. The team isn’t covering it, he said, which puts the onus on the business community.

“No business has stepped up to the plate to cover this, and it’s important,” Evans said. “Last night, for instance, we had 6,679 people take the train home from the game, OK? And that’s over a quarter of the people at [Capital One Arena].”

That number is even larger when one factors in the fans who watch the game at nearby bars and restaurants. If the Caps make the Stanley Cup Finals, he said, and a plan to close down additional downtown streets is approved, that number could add “another 5,000–10,000 people down there.”

While the word of Qatar’s potential involvement raised some eyebrows, Evans said he applauded the nation for offering, saying that “philanthropy of this region when it comes to something like this is really lacking.”

Evans pointed out that the benefactor gets a rebate of sorts, which is determined by the number of riders.

“Hopefully, we can get this worked out. If not, then the thing will close at 11:30 [Thursday night].” 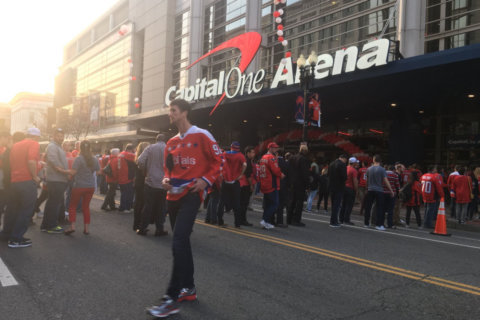 DC could shut down street near arena for Caps’ playoff games 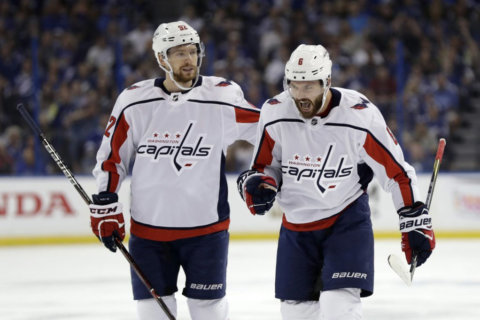 Metro to run an extra hour for Caps’ Game 3