Metro General Manager Paul Wiedefeld said he hopes — but cannot promise — that a temporary fix for the cooling system for Dupont Circle and Farragut North will be in place at some point this summer.
Listen now to WTOP News WTOP.com | Alexa | Google Home | WTOP App | 103.5 FM

WASHINGTON — Metro General Manager Paul Wiedefeld stood Monday next to the Metro chiller pumps sitting idle for a third straight year about 40 feet below Connecticut Avenue Northwest and said he hopes — but cannot promise — that a temporary fix for the cooling system for Dupont Circle and Farragut North will be in place at some point this summer.

Pipes connecting the chiller vault to a cooling tower about 500 feet south on Connecticut Avenue and 13 stories up have been leaking since at least 2015. Metro believes those 500 feet of pipes are the only issue that has kept the stations from being cooled by the shared chiller plant since then.

Metro is now looking for the first time to rent a temporary cooling tower that could be trucked in and parked near the chiller plant so that Metro could bypass those pipes, which are believed to be original to the 41-year-old system.

Wiedefeld could not say when that temporary solution might be in place, but said sometime next month would be the best-case scenario.

In 2015, Metro tried patching the pipes as an initial effort to fix the problem.

“If you’ve dealt with any old pipes, you fix the good part and the next bad part breaks — that’s what happened. The next summer, to get ready for that, we tried to line pipes with an epoxy liner, that did not hold either … so now we’re at this stage,” Wiedefeld said.

He expects Metro will need to dig up at least part of Connecticut Avenue to replace the two 16-inch pipes leading from the Metro property at 1101 Connecticut Avenue Northwest, where the cooling tower sits on the roof to the chiller plant near Desales Street. The pipes dip and dodge around other utility pipes, with around a dozen twists and turns that make it likely the construction would require digging by hand.

“You hope that you can fix it the [way that’s] least disruptive for the people and the least expensive … you had to eliminate that first rather than tear up all of Connecticut Avenue. And maybe it was a very small problem; you didn’t know that. So it’s progressed to this,” Wiedefeld said. 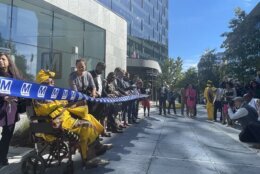 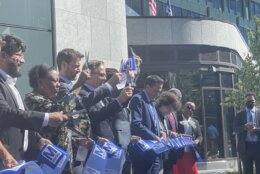 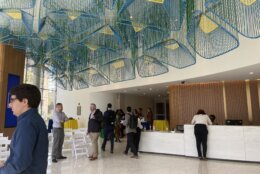 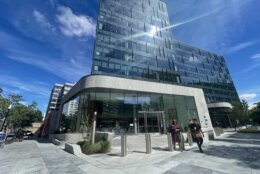 Metro has already begun surveying what other utility lines run through the area where the new pipes would go. Design work through next fall will help determine how soon the construction might begin and how disruptive this work might be, Wiedefeld said. Metro would be responsible for the costs of the replacement, and of repairing Connecticut Avenue.

Wiedefeld hoped a tour for reporters of the chiller vault and cooling tower Monday could bolster his explanation of why Metro needs about $15 billion over the next decade.

“It’s for the public so they can see, OK, they’re not just asking for money just because. It’s like: This is what we have … do we want air conditioning or not?,” Wiedefeld said.

Metro has 32 chiller vaults for its underground stations, while most serve a single stop, some, like this one, serve more.

Other aging pieces of the system need replacement too, which could lead to more scheduled service disruptions beyond the final currently scheduled work zone, at the west end of the Red Line in late June.

“SafeTrack is not the panacea; when we’re done … we only touched 20 percent of the track with that, and that’s just the track,” Wiedefeld said.

Other work would need to focus on problems such as stations, power and signals.