“Public transportation is like school, police, et cetera. It is not a business, and it’s not a luxury. It’s a necessity for people," said Jack Evans, who sits on the Metro Board and the D.C. Council. "... we pay for it because it’s a critical element in our region."
Listen now to WTOP News WTOP.com | Alexa | Google Home | WTOP App | 103.5 FM

WASHINGTON — Metro’s general manager wants to raise fares, cut service and get some money from taxpayers, but the District would like the region’s taxpayers to contribute even more.

“The District of Columbia — this is no surprise — is willing to pay more from its jurisdictional contribution to avoid fare increases, some service cuts, layoffs, and certainly the capital money used to balance our operating budget,” Metro Board Chairman Jack Evans, who is also a D.C councilmember, said Thursday during the first formal discussion of Paul Wiedefeld’s budget proposal for the year that begins July 1, 2017.

He got cheers from a number of Metro workers in the room. Their union is in contentious contract talks with the transit agency.

“Public transportation is like school, police, et cetera. It is not a business, and it’s not a luxury. It’s a necessity for people. And just as all of us pay for schools — most of us don’t have children in the schools, but we pay for them because we think it’s important and it needs to be done,” said Evans, who chairs the D.C. Council’s Committee on Finance and Revenue.

“Most of us don’t ride public transportation, but we pay for it because it’s a critical element in our region. That’s why the region should pay for this, not [just] the riders who ride it. That would be akin to saying … ‘Only the parents who have the children in the schools should pay for the schools.’ It’s ridiculous,” he added.

Outside the District, he is not finding much public support for his stance on the Metro board or among state lawmakers.

Michael Goldman, who represents Maryland on the Metro Board, said he generally supports Wiedefeld’s budget proposal, which would cut scheduled train frequencies, raise bus and rail fares and ask for an increase of about $130 million spread across the contributing jurisdictions.

“I think the concept of shared sacrifice or shared pain among all the stakeholders — riders, workforce, funding jurisdictions — is necessary to close the gap,” Goldman said, even if he might end up supporting tweaks to some of the details.

Among questions that could come up as the formal budget document is finalized are the equity issues that surround the proposed increase in bus fares — larger, as a percentage, than that proposed for rail fares.

Metro is looking to raise money in part because some costs are rising, but a sharp decline in ridership is another major contributing factor.

“Pretty discouraging in terms of ridership and revenue as well as in terms of additional expenses,” Goldman said of the calculations for July, August and September.

District Department of Transportation Director and Metro Board member Leif  Dormsjo described the numbers as “bleak” and suggested Metro could end up with a $50 million hole in its current budget year, given how far ridership has fallen below Metro’s original projections.

“The second shoe is going to drop,” Dormsjo said.

Metro’s Chief Financial Officer Dennis Anosike said the agency is watching ridership and revenue numbers for the current quarter, and then may suggest any necessary changes. 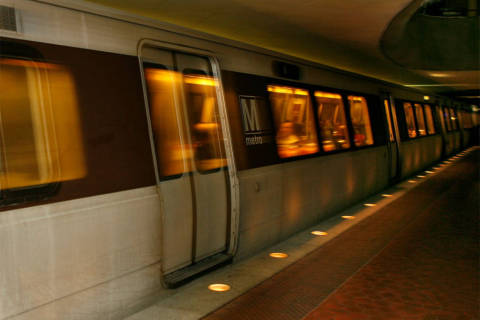 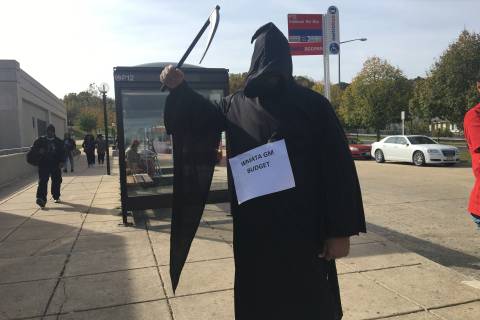