The missing detail that could determine Metro service cuts

Each of the service-cut plans put forward by Metro would reduce rail service by eight hours a week. But estimated cost savings vary because some plans would cut multiple hours per day while others would only cut a half-hour here and there.
Listen now to WTOP News WTOP.com | Alexa | Google Home | WTOP App | 103.5 FM

WASHINGTON — Even as riders challenged Metro proposals to cut eight hours of rail service each week, a key piece of information that could shape the Metro Board’s decision is missing: the significant differences in the potential financial and track-work impacts of each proposal.

While each of the service cut plans put forward by Metro staff would cut eight hours of rail service, the difference in cost could be significant between cutting multiple hours on a single day versus cutting a half-hour here and there.

Several Metro Board members said even they have not yet been told what the differences in potential cost savings or actual track work impacts would be from the four proposals put forward by the transit agency.

That also meant the direct impact on riders’ trips was the only angle public commenters could address at Thursday’s hourslong stop-and-go public hearing — even as Metro is separately warning that budget pressures could spark more widespread service reductions or fare hikes.

General Manager Paul Wiedefeld acknowledged outside the hearing room that the different service cut proposals would lead to big differences in what work Metro can actually get done during off-hours.

“If we pick up more larger blocks of time we get more done, for certain,” he said. “We’re trying to get the bigger spaces of time.”

Longer blocks of time reduce the overhead of work zone set up and break down time, which can take 30 minutes to an hour.

“We are paying the individuals, the labor, to be out there the same time, and you’re just squeezing the amount of work they can do to smaller amounts of time,” he added.

But Wiedefeld did not provide the details on the work or financial differences among the plans or the different impacts of replacement bus proposals.

Although it is not a direct comparison to longer-term changes, when Metro used to accept requests to stay open for special events, it required a security of $29,500 from event organizers that would be reimbursed based on the number of riders during the additional hour of service. A budget document suggested in 2015 that Metro raise that charge to $50,000 to get closer to the actual cost of the service.

Even based only on that $50,000 number, without accounting for other costs and changes, the operational savings could be more than $20 million per year in addition to any savings that are actually realized if work becomes more efficient or jobs are cut.

Some of that money could go to replacement bus service. Several sources within Metro told WTOP proposed enhanced and extended service on existing bus routes at the times when the rail system is newly closed would cost about $4 million per year. But even the bus plan itself noted that it would not provide a good option for a majority of today’s riders.

Shuttle buses running along the entire rail system are estimated to cost closer to $15 million per year.

The Metro Board could still adjust the closure proposals to come up with a fifth option on the rails or additional suggestions for replacement bus service. Metro Board Chairman Jack Evans also noted at Thursday’s public hearing, the Metro Board could take no action and leave the system to return this spring to the hours that existed before Wiedefeld ordered midnight closings on weekends.

When asked whether he would be willing to compromise on the additional eight hours he says are needed for improved inspections and maintenance work, Wiedefeld simply said he needs “to get some solid time out there to do the work and do it correctly.”

Opponents of cuts to rail service hours point to other systems around the world that do maintenance even while running mostly around the clock. They’ve also raised concerns about Metro’s continued failure to efficiently use the track time it has now, including incidents where workers are left standing around waiting for approvals to access the tracks.

Even in the best scenarios under the older 3 a.m. weekend closings though, “you’re getting roughly two hours’ worth of work, and we’re paying the people,” Wiedefeld said, referring to areas where there is no single-tracking or station closures.

“It’s more efficient obviously to get them to do more work and obviously have them get in a rhythm and just do it, rather than: ‘I’ve got an hour and a half to get something done and I’m already thinking about getting out of here,” he said.

The public comment period on the service cut proposals and replacement bus options is open through Oct. 25.

In November, a summary of the comments is expected to be presented to the Metro Board.

A final vote on potential cuts could come in December. 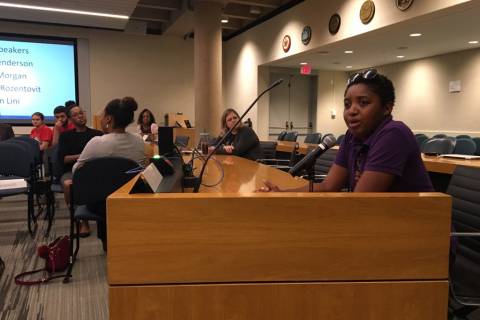 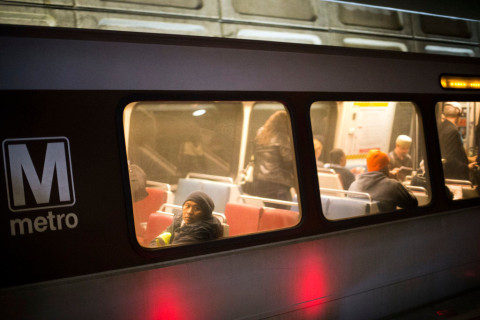