A train operator who drove a train past a red signal at Reagan National Airport last week has been fired, after Metro’s internal investigation found the cause of the incident was “operator error. ”
Listen now to WTOP News WTOP.com | Alexa | Google Home | WTOP App | 103.5 FM

WASHINGTON — A train operator who drove a train past a red signal at Reagan National Airport last week has been fired, after Metro’s internal investigation found the cause of the incident was “operator error.”

Metro General Manager Paul Wiedefeld said in a memo to employees that the operator was fired due to “the individual’s personnel history.” Metro policies generally dictate that a train operator can be fired for a second red signal violation.

The memo to employees continued:

“Bus and train operators are among the most safety-critical jobs at Metro. The wellbeing of our passengers and employees is in your hands. Our workforce operates many thousands of bus and train trips safely every day, and we have many, many employees who we celebrate for achieving millions of miles of safe service every year. I know these cases of rules violations are exceptions, but please see them as I do — not just as a reminder of what it means to be accountable, but also of the importance of maintaining situational awareness, rules compliance, and avoiding bad habits that can creep into repetitive work.

The red signal violation July 27 was just the latest in the Metro system.

The Federal Transit Administration is set to come out with a report on the issue, and last week Chief Safety Officer Pat Lavin said there had been 10 violations this year alone.

While each could have put riders or workers at risk, the most serious incident came early last month when a train operator who was apparently in a rush to get to a break drove a train out of Glenmont Station.

The train nearly hit two workers on the tracks, and could have continued into a head-on collision with another passenger train, but the train operator finally stopped after hearing the track workers yelling at him. The operator had his radios turned down or off.

That train operator was also fired.

All Metro union employees have the right to appeal discipline, including termination.

Another Metro train may have run red signal 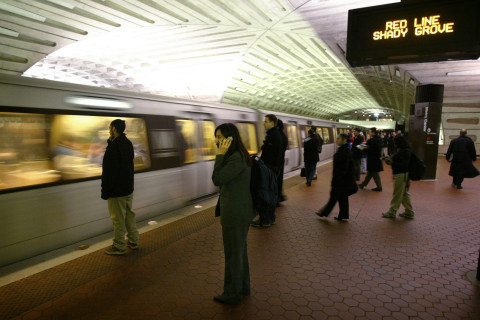 Metro board focuses on safety, smoke and service cuts