A blatant disregard for safety put Metro workers and riders at risk — that's the damning conclusion from Metro's general manager after a train blew past a red signal earlier this week and almost collided with another train.
Listen now to WTOP News WTOP.com | Alexa | Google Home | WTOP App | 103.5 FM

WASHINGTON — A blatant disregard for safety put Metro workers and riders at risk — that’s the damning conclusion from Metro’s general manager after a train blew past a red signal earlier this week and almost collided with another train.

In an internal memo, Metro General Manager Paul Wiedefeld told all Metro employees Friday that the train operator who almost hit two Metro track inspectors and put the train on course to potentially collide with another passenger train has been fired.

On Tuesday, the train ran a red signal at Glenmont after Wiedefeld said the operator made a series of errors including a failure to properly follow communications protocols.

That issue, along with dozens of trains going through red signals, is something that has been repeatedly raised by outside safety investigators.

“The facts in this matter suggest a blatant disregard for safety that I find profoundly troubling,” Widefeld said in the memo.

“Safety is not a slogan. We hold the lives of people in our hands. Making a choice to ignore safety rules puts those lives at risk,” the memo said.

To All WMATA Employees from GM/CEO Paul J. Wiedefeld:

On the evening of Tuesday, July 5, a Red Line train operator ran through a red signal at Glenmont Station, entered a switch, and put his train on the same track as an oncoming passenger train. This action involved multiple operating rules violations, resulted in a “near miss” collision, and created a risk to passengers and employees onboard both trains. More immediately, the Operator created a risk to your fellow Metro employees, in this case two track inspectors who were inspecting the right of way, and fortunately avoided being struck by the train.

While the Safety Department’s review is still underway, there is no evidence of signal system failure or rail car mechanical defects. The investigation has reached a conclusion on the actions of the Train Operator. In this instance, the Operator failed to follow proper communications protocols and overran the red signal. The facts in this matter suggest a blatant disregard for safety that I find profoundly troubling.

Given the severity of this safety breach, rather than the standard suspension for a first red signal violation offense, the Operator’s employment has been terminated. Some of you may think this action is harsh. I want you to know that I took this step because I am deeply concerned by the disregard this Operator demonstrated for the wellbeing of his coworkers – namely the track walkers on the ground – as well as for his passengers, and those passengers and employees on other trains. Fortunately, our coworkers saw the train in time to get out of harm’s way.

We need to step back in this moment and understand what a fundamental change in safety culture requires of us. Safety is not a slogan. We hold the lives of people in our hands. Making a choice to ignore safety rules puts those lives at risk. Those people are our friends, coworkers, neighbors, family members, and customers. Every one of them depends on us to follow all operating rules before turning a wheel on a train or a bus.

Remember that the safety of Metro’s workforce, and everyone riding Metrorail and Metrobus depends on you. 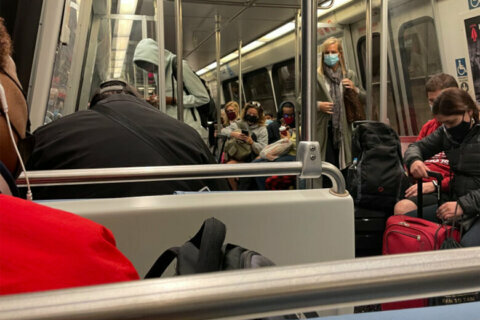