Saturday night, I tried to image the James Webb Space Telescope (JWST) with my personal telescope, but was unsuccessful. I wanted to image Webb because earlier in the day it had successfully unfurled into a full-fledged telescope at about 1:17 p.m. EST.

JWST is now too dim for my technology-enhanced 4.5-inch telescope to image, but larger aperture telescopes still can and are. I had been successful imaging JWST just a few days before as was described in an Atlantic Magazine article by Marina Koren. I took those images the night when JWST had completely deployed and tensioned its tennis court-sized sunshield earlier in the day, making it far brighter as seen from Earth.

I purposely waited a day to report on Webb’s historic accomplishment of being the first ever space telescope to unfurl from a launch configuration into a fully deployed telescope. The reason for the delay is that I have been following and then reporting on Webb for decades and wanted to lend that perspective to the story of Webb. There has been ample reporting on the historic event but only a few reporters have been around as long as I have with the story.

When Hubble Space Telescope (HST) was being deployed in 1990 from the Space Shuttle Discovery, I was reading about the Next Generation Space Telescope, NASA’s future space telescope. I followed NGST in various hard copy sources such as newspapers, books and magazines — this was WAY before Twitter and the Internet came into full force as social media!

Starting in 1995 more information on NGST was becoming available on the Internet as “www.” Internet sites began to appear and could be accessed through my Mac. It became easier to stay current on all things astronomy and space related. In 2002 NGST is renamed the James Webb Space Telescope or Webb.

Another big source of Webb information became available when I was selected as a NASA JPL Solar System Ambassador (SSA) in 2003. This gave me direct access to NASA information, training, personnel and facilities. There were just over 400 SSAs then; there are 1,130 of us now.

It wasn’t until Twitter took off in March 2006 that getting timely information on JWST and all things astronomy and space became a daily routine. I became the space reporter for WTOP almost to the day Twitter came into being and it has been invaluable for information and contacts. Every NASA mission and major facility, many employees, scientists and astronauts all have Twitter accounts. I follow thousands of sources.

My big break on JWST came when I made my first visit to NASA Goddard to report on another big NASA mission, Lunar Reconnaissance Orbiter (LRO) in 2008. Webb started being built at various worldwide locations in 2004 and it wasn’t until 2012 to 2013 that all components arrived at Goddard so the Optical Telescope Element (OTE) could be built. The spacecraft that would carry Webb was being built by prime contractor Northrop Grumman (NG). I established contacts that provided updates and invitations to Goddard through the years.

As time went on with delays, cost overruns, an attempt by Congress to kill Webb and technical issues which I have reported on previously, JWST became to be known infamously as the “Just When Space Telescope.” In numerous interviews through the years with Goddard and NG personnel one thing came through loud and clear, their mantra of “Test, Test and Retest — break it on the ground so it will work in space.” Indeed, there were breakages, test failures and technical set backs causing delay after delay with the years to launch and money needed piling up. Add to this already toxic mix the COVID-19 pandemic.

It wasn’t until 2021 when JWST was offloaded at Kourou, French Guiana and mated to its Ariane 5 rocket that I began to believe it was finally going to launch. It was a COVID-19 crazy time as the Christmas Holiday launch approached and all invited media, including myself, were banned from being at Space Telescope Science Institute (STScI) as an omicron precaution. The Public Affairs staff were phenomenal in setting up live teleconferences and interviews so information could flow to the media and public.

On Christmas/Launch Day, anyone connected with JWST was putting aside the holiday in the morning and early afternoon for Webb. All our families had their holiday routine and we had ours — nail biting and pulse pounding as the countdown clock slowly but steadily wound down to history one way or another … launch or ???? My pulse was increasing as the countdown clock was decreasing, I could literally feel it pounding.

The moment of ignition of the twin solid rocket boosters right on time meant that JWST was on its way leaving the Earth never to return, finally, after 30-plus years. Goose bumps, elation, fear flooded me for the next 24 minutes until JWST separated from the second stage and was on its way to L2.

From Christmas Day to Saturday, JWST’s progression through 270 of the 344 single points of failure has been in a word, miraculous. Nobody, and I mean NOBODY that knew what was involved thought that the process of Webb unfurling from origami to observatory telescope would go as smoothly as it did. I know people at Goddard, STScI and most importantly, the JWST MOC — Mission Operations Center — that have been involved for years with Webb. They ALL were prepared and trained for responding to the worst case scenario and how to resolve it if HUMANLY possible.

The best and not the worst happened with each major deployment event.

Incredibly and gloriously, Webb now undergoes five and a half months of the commissioning process of focusing the 18 mirror segments, bringing the four instruments to operational status, full cool down and L2 orbital insertion. The MOC is ready for whatever telemetry Webb throws at them and hopefully in the summer of 2022, the world will see what “Test, Test and Retest — break it on the ground so it will work in space” brings us via this historic origami turned observatory’s first images.

Webb may have as many as 20 years of fuel — the physical parameter that defines mission lifetime — available due to the precision of its flight path to L2 expending far less fuel than anticipated. Webb was also built so that it could be refueled robotically. Both of which means Webb could be around for a long while — perhaps as long as 32-year old HST.

If I’m lucky I may be around for a few of those years. After all these years with NGST/WST I want to experience the great discoveries Webb will make, including the biggest one of all, that which we did not even know to imagine … 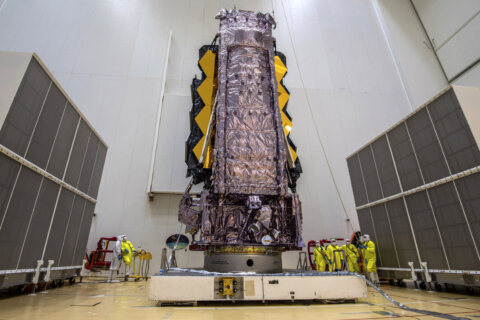 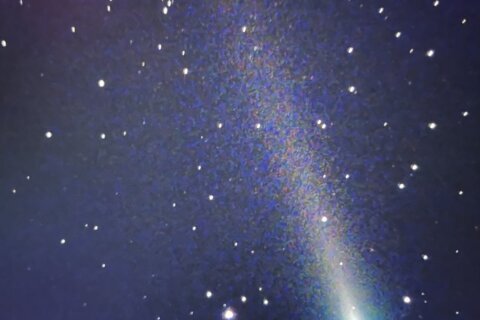 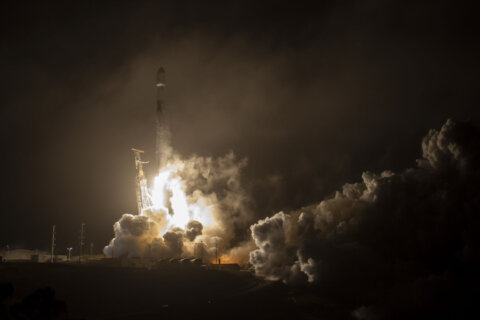