When are the worst times to travel on DC-area roads this Thanksgiving?

Unlike in previous years, Tuesday, not Wednesday, is expected to be the worst traffic day this Thanksgiving season. Here's what you can expect.
Listen now to WTOP News WTOP.com | Alexa | Google Home | WTOP App | 103.5 FM

WASHINGTON — Before stuffing turkeys and cracking wishbones, millions of drivers in the D.C. area will have to endure traffic delays and backups this Thanksgiving eve.

More people are expected to travel this year than they have in over a decade, causing travel times likely four times longer over the Thanksgiving holiday.

AAA Mid-Atlantic predicts more than 3.9 million people in the Washington metro will travel more than 50 miles during the holiday, with 3.6 million residents on the roads — the most since 2005.

And as more drivers leave earlier to try to beat traffic, AAA said this Tuesday might have been the worst time to drive — a shift from the typical Wednesday pileup.

“Historically, the Wednesday before Thanksgiving, and the Sunday after the holiday, were the worst days to travel during the busy holiday period,” said John B. Townsend II, AAA Mid-Atlantic’s manager of public and government affairs. “Now it is shifting, as everyone tries to get a head start on the holiday … While the Wednesday before Thanksgiving is still the busiest day to fly, Tuesday is now the worst day and time to hit the highways for the holiday.”

Cindy Neithardt and her husband experienced some open roads driving down early to North Carolina for the holiday, but they were still anticipating heavy traffic.

AAA dubbed Tuesday at 5:30 p.m. the “Zero Hour” for drivers going clockwise on the Capital Beltway, a time when traffic speeds could drop down into the single digits.

Holiday travelers and commuters were predicted to converge at 6:15 p.m. Tuesday on the Outer Loop of the Beltway, causing a 100 percent increase in delays and dropping travel speeds down to 23 mph, according to AAA.

Delays and congestion peaked between 5 p.m. to 7 p.m. on the Inner Loop Tuesday. AAA said traffic was much as two and a half times longer than normal.

The Virginia Department of Transportation also warned that routes to and from Northern Virginia are likely to be backed up midmorning to evening on Tuesday, as well as Saturday.

And drivers won’t see much relief Wednesday. Traffic will be especially bad for those taking Interstate 95 North, I-270 North and U.S. 50 East, with AAA saying it’s the “worst day and time” to travel on these roads.

Starting as early as 2:15 p.m., commuters and holiday travelers will experience a 164 percent increase in travel delays along I-270 North Wednesday afternoon, AAA predicts. Speeds could decrease to 25 mph on I-270 in Maryland from I-495 to I-70.

Other trouble spots include:

Fifth on the list, Md. 295 North at Md. 100 in Anne Arundel County, Maryland, is expected to have more than 3.4 million travelers on its highways, bridges, and tunnels during the holiday period, the Maryland Transportation Authority estimates.

AAA said the best days to travel will be on Thanksgiving Day, Friday or Saturday.

“Holiday traffic, and any poor soul caught up in it, will creep, crawl and slither along,” said John B. Townsend II, AAA Mid-Atlantic’s Manager of Public and Government Affairs. “Given this, holiday travelers will be forced to add ‘extra buffer time’ to their trips to reach their Thanksgiving destinations on time.” 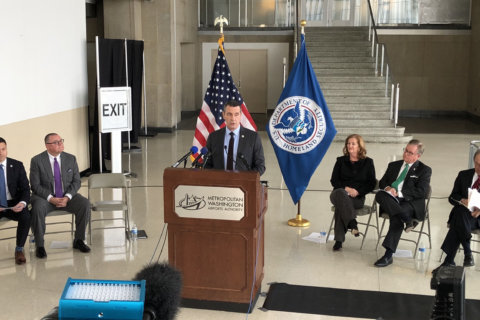 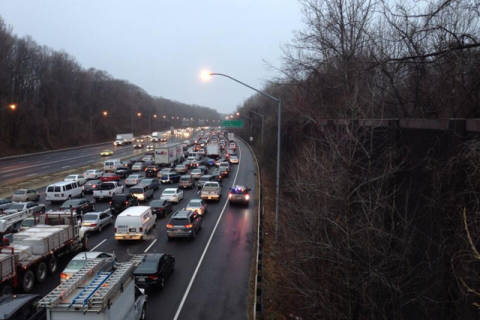 Worst, best times to be on the road for Thanksgiving