Four hundred turkey dinners were distributed to military members at the armory on Monday. Operation Homefront sponsors Holiday Meals for Military as a thank you to those serving their country.
Listen now to WTOP News WTOP.com | Alexa | Google Home | WTOP App | 103.5 FM

WASHINGTON — The old adage that the fruit doesn’t fall far from the tree reflects how children often share the values of their parents. That sentiment was on full display Monday during a free turkey giveaway at the D.C. Armory.

Four hundred turkey dinners were distributed to military members at the armory. Operation Homefront sponsors Holiday Meals for Military as a thank you to those serving their country.

“We came to volunteer. We didn’t know we were getting a Thanksgiving dinner,” Tangelyn Winston of Chicago said — adding that she was fully prepared for a day of public service.

“That’s what she told us; we’d be handing out turkeys,” Winston said with a laugh, referring to D.C. National Guard Staff Sgt. Antevia Ervin. Winston and other family members were in D.C. for a holiday visit with Ervin. 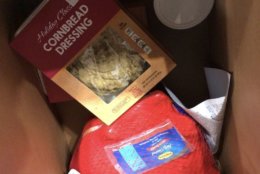 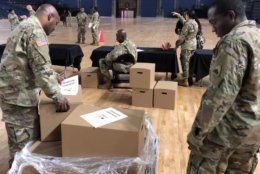 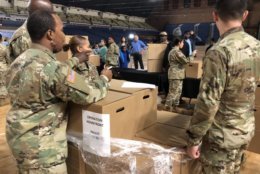 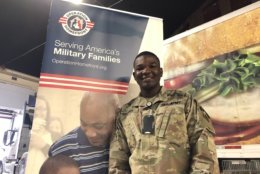 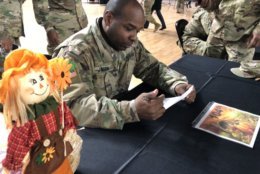 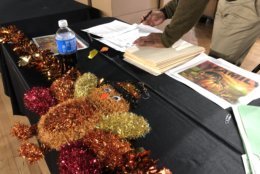 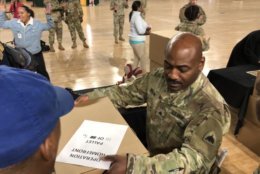 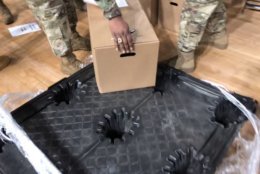 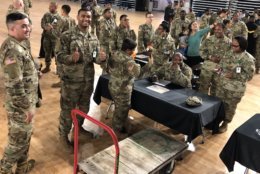 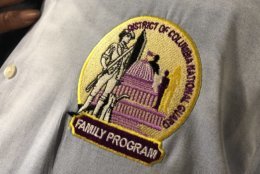 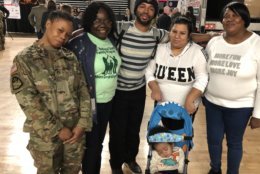 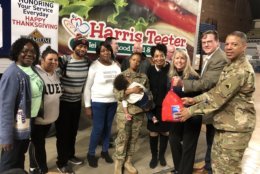 “I think it takes a lot of dedication to do this,” aunt Sabrena Fillyaw said of Ervin’s 17 years of service with the Guard. “Everything I’ve done all year added up to this day,” Ervin joked when asked about feeling worthy of a free turkey dinner.

More seriously, she observed how it’s nice to have the extra help.

“What does it mean to be able to provide this meal?” asked Vivian Dietrich, senior director of Operation Homefront in the mid-Atlantic. “I know that many of the military families do not have the blessings that maybe other people have.” 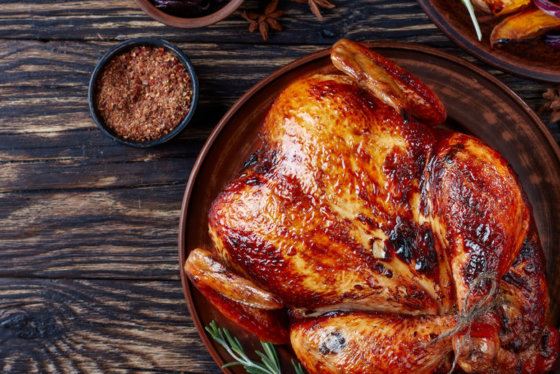 Roasted or fried, seasoned or simple — Here are 15 different ways you can prepare your Thanksgiving turkey.

“I don’t know what it would be like to want to have Thanksgiving and not be able to afford all of the trimmings and things for my children,” Dietrich said, her voice shaking with emotion. “And I think that’s what Operation Homefront does. We make a difference in the families.”

Sgt. First Class Earl Johnson of the 104th Maintenance Company said he appreciates seeing people give back to military members who serve the community.

“It’s uplifting, and it’s another reason for me to give thanks during the holidays,” Johnson said.

“It’s very touching,” he said. “At least somebody knows that not everybody is fortunate enough to buy [a turkey] or have things,” Coleman said. “People that have the money, they actually put something in and make sure everybody else could get something out of it — that’s a lot to me.”