ANAHEIM, Calif. (AP) — Anaheim forward Justin Kirkland was hospitalized overnight after getting into a car accident on his way to the Ducks’ game against the Boston Bruins on Sunday night.

The Ducks announced Monday that Kirkland remains under evaluation, but has full mobility and is communicating with his family and with visiting teammates. They expect Kirkland to be released from the hospital within the next two days.

“We are thankful for the quick care and treatment Justin received from first responders and medical staff at UCI Health,” Anaheim general manager Pat Verbeek said. “Justin is in great spirits, and we hope he will be released shortly.”

The 26-year-old forward made his NHL debut on Dec. 20 with the Ducks, who signed him as a free agent last summer. He was a third-round pick by Nashville in the 2014 draft, and he spent most of the past six seasons in the AHL with affiliates for the Predators and the Calgary Flames.

Kirkland has played in seven games this season for the last-place Ducks, going scoreless with a minus-3 rating. 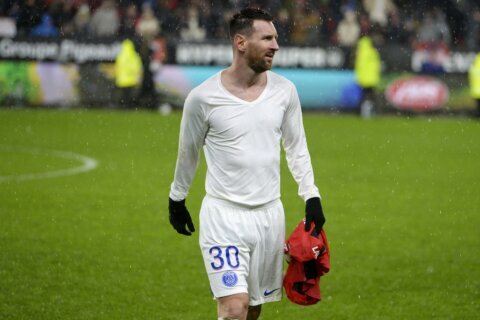