DALLAS (AP) — Luka Doncic had 34 points, 10 rebounds and 10 assists for his ninth triple-double of the season, Christian Wood added 28 points and the Dallas Mavericks outlasted the short-handed New Orleans Pelicans 127-117 on Saturday night.

Dallas raced to a 34-15 lead after one quarter. Wood took charge early, scoring nine of the Mavericks’ first 13 points. Doncic started slowly, then had his team’s final 11 points to finish the period with 14 points.

Doncic didn’t pretend that he wasn’t aware of his triple double. “I mean, they are right there on the board, so I am very aware,” he said.

The Pelicans — who have lost four of five — missed all nine 3-point attempts in the first quarter, when New Orleans made just 6 of 26 field goal attempts.

The 20-year-old Hardy has had two of his three 15-point games this season in the last two games. He has averaged better than 28 points in the G League,

Hardy matched his career high wth 15 points on 7-for-9 shooting. Hardy has scored 15 points in consecutive games, shooting 70.6% from the field.

“He’s improved in every area,” Mavericks coach Jason Kidd said. “He’s worked extremely hard. He’s learning what it means to be a pro. You can see the product on the floor in the sense that he’s not scared. He’s a young man surrounded by a megastar, and he feels like he fits right in. That’s kind of cool.”

Said Hardy: “That’s just me staying true to my work and hours I put in the gym, and sticking to it. Doing the same thing I do in my workouts. Not being scared of anybody, just hoopin’. I’ve been doing this my whole life.”

Jonas Valanciunas had 25 points and 10 rebounds for the Pelicans. Naji Marshall scored 24 points and Herbert Jones had 16. Valanciunas was questionable to start the game because of a sprained

Pelicans: New Orleans dressed just 12 players. Williamson missed his third game because of a strained right hamstring. The Pelicans sat McCollum to rest on the second half of a back-to-back. Brandon Ingram (toe contusion) and Larry Nance Jr. (shoulder) also did not play.

Mavericks: Doncic got his 10th technical foul of the season with 1:07 left in the second quarter.

Pelicans: At Washington on Monday night. 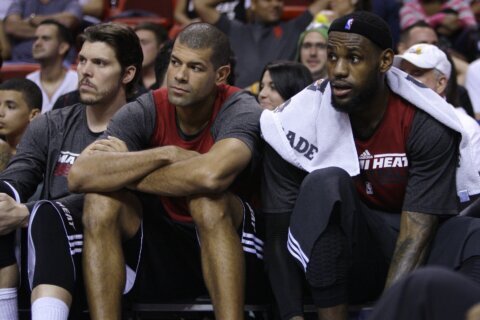 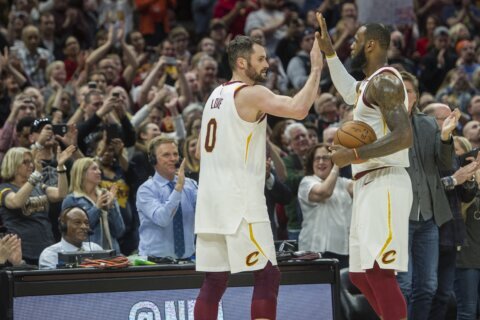 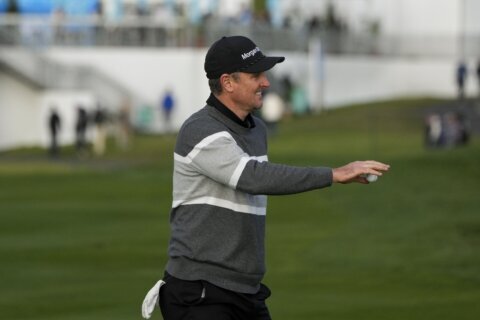