SAN FRANCISCO (AP) — The Giants had been on Michael Conforto’s radar for a while prior to his signing a…
Listen now to WTOP News WTOP.com | Alexa | Google Home | WTOP App | 103.5 FM

SAN FRANCISCO (AP) — The Giants had been on Michael Conforto’s radar for a while prior to his signing a $36 million, two-year deal to play in San Francisco.

Conforto, who was born in Seattle, welcomed a return to the West Coast. He grew up admiring several members of the Giants organization, including Buster Posey, Madison Bumgarner and Tim Lincecum.

But beyond that, there was an extra connection he couldn’t help pointing out in his introductory Zoom call.

“It’s good to be back in the black and orange,” said Conforto, who played for Oregon State in college. “I’m going back to No. 8. Those are my college colors and college number.”

The Giants introduced Conforto to the media Tuesday. Catcher Austin Wynns was designated for assignment to clear room for Conforto on the Giants’ 40-man roster.

Conforto will earn $18 million in both 2023 and ’24, with the chance to trigger an opt-out after his first season in San Francisco if he reaches 350 plate appearances. He will donate $90,000 to the Giants Community Foundation in each year of his contract.

Conforto, who has a career .255 batting average with 132 home runs and 396 RBIs over parts of seven seasons with the Mets, bolsters San Francisco’s revamped outfield, which features fellow newcomer Mitch Haniger as well as the returning Mike Yastrzemski.

Most of all, Conforto is eager to get back on a major league field after missing all of 2022 after undergoing right shoulder surgery.

“When you get a year of your career taken away from you, it relights that fire,” he said. “You realize how much you love this game.” 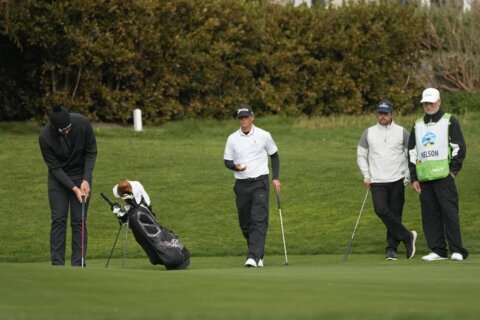