“There’s a lot of work that needs to be done, and I am more than committed to continue to do it,” the former All-Star first baseman told the Baseball Writers’ Association of America on Tuesday.

Now 50, Clark took over as union head in late 2013 following the death of Michael Weiner. Clark led the union during labor negotiations in 2016 and during the deal in March that followed a 99-day lockout. The new agreement expires in December 2026.

Bruce Meyer headed the day-to-day bargaining during the most recent talks and was promoted last week to deputy executive director from senior director of collective bargaining and legal.

While the executive subcommittee voted 8-0 against approving the five-year contract, team player representatives voted 26-4 in favor, leaving the overall ballot at 26-12 for ratification.

Clark said voices are heard from lower-paid members of the union.

“The veteran players were the most vocal players about improving the system for the younger players,” Clark said. “They recognize the changes that were happening in the game and they recognize because they are in the clubhouse with the young players and wanting to let them know that they had their back when sitting down to negotiate.”

The agreement included a $50 million annual bonus pool for players not yet eligible for arbitration.

Clark said players pushed for “the acknowledgment that younger players were delivering more value and needed to realize more of that value.” ___ 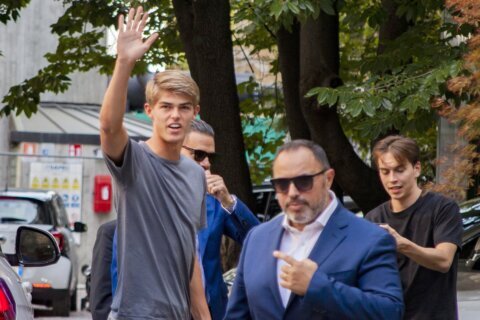