Ronaldo: ‘The king plays’ in Man U friendly game on Sunday

MANCHESTER, England (AP) — Cristiano Ronaldo hopes to make his return to playing for Manchester United in the club’s exhibition game on Sunday against Rayo Vallecano at Old Trafford after being absent from United’s 21-man squad that flew to Norway on Friday for a friendly match against Atlético Madrid.

Responding to an Instagram post commenting on his omission from the United squad in Norway, Ronaldo responded with “Domingo o rei joga,” or “Sunday, the king plays.”

If he does feature, it will be Ronaldo’s first match for United since the 4-0 defeat at Brighton on May 7.

The 37-year-old striker missed United’s pre-season tour of Thailand and Australia due to family reasons amid reports he wants to quit the club.

And the Portugal superstar has now claimed he is due to turn out for United on Sunday.

Ronaldo is reportedly looking for a move to a team that has qualified for the Champions League this season. He held talks with United manager Erik ten Hag at the club’s training base on Tuesday.

United plays Atlético in Oslo on Saturday and has a final friendly against Rayo before opening its Premier League campaign against Brighton on Aug. 7.

Before Ronaldo’s latest comments, United hadn’t said if he would be available against Rayo.

“Some of those absent from the squad,” United said, referring to the Atlético match, “will take part in Sunday’s game against Rayo Vallecano, while others are ill or injured.” 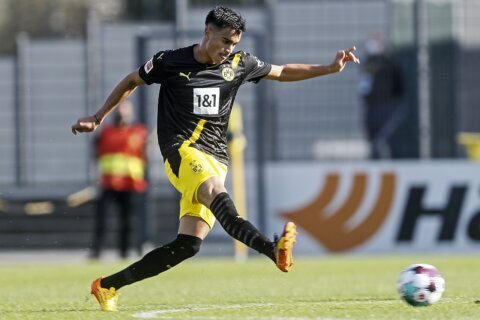 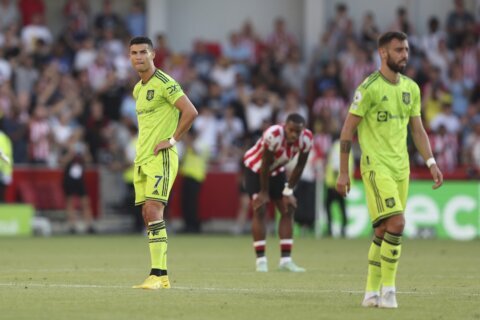