Can rugby be the next big sport in US? Fans can decide this fall

Tickets went on sale at FedEx Field on Friday for Rugby’s inaugural 1874 Cup, which references the first year the sport was played in the United States.

Tens of thousands of people, some serious rugby fans, others more curious observers, snatched up seats at the Prince George’s County stadium for a chance to see USA Rugby take on the famed New Zealand All Blacks this October.

The hope is to make a rugby exhibition a major annual event in D.C. area. But the D.C. region, and those involved with rugby here in the U.S., have their eyes on an even bigger prize — the Rugby World Cup.

The Olympics and soccer’s World Cup rank above it, and Young admits there’s a substantial gap in overall coverage and attention for the top two. But when it comes to drawing fans, it’s a different story.

“When you look at statistics, like the number of people who attend a game, … it beats FIFA, the FIFA World Cup in its average attendance per game, regularly,” said Young, who said games in recent years have filled stadiums to 98% capacity.

Those are the numbers that have the hospitality industry intrigued.

“D.C. is known for hosting large events,” noted John Falcicchio, D.C.’s Deputy Mayor for planning and economic development. “We do it every four years with the inauguration, with the cherry blossom festival every year.”

Young said an exhibition played between Wales and South Africa in 2018 — that drew over 21,000 fans to the area — hints at what’s possible in the future.

Though he said the biggest problem the sport has right now is sustaining people’s interest. He said someone who might play in high school tends to give it up in college, or someone who starts playing for fun in college, never had a chance to play growing up, or after school.

Young said the ability to host the Rugby World Cup, either in 2027 or 2031, could have the same impact on the game here that the 1994 World Cup had on soccer in the U.S.

“One of the things that winds me up and presses my buttons is ‘the U.S. is a sleeping giant in the game of rugby’ and it’s not sleeping,” argued Young, who pointed out that the U.S. 7-on-7 rugby team ranks among the best in the world.

“It’s just the giant is taking a little bit of time to get to its feet and move,” Young said.

If the World Cup comes to the U.S., he believes it’ll spur the investments needed to help the sport take a leap in popularity and growth. 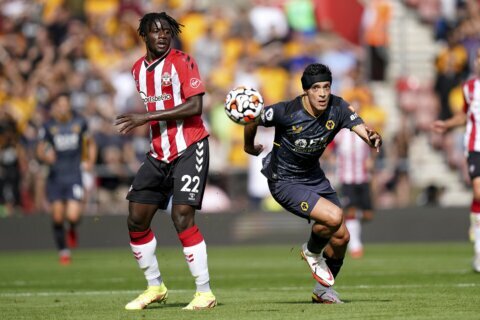 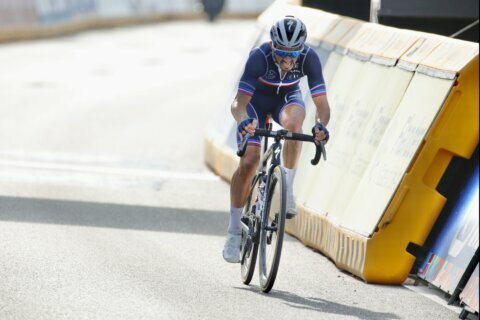