Cardenas, who was twice hit by a pitch, scored two times had a two-RBI single in the seventh to cap the scoring.

Kevin Kendall walked to lead off the game before Silva and McLain had back-to-back singles — the latter of which drove in Kendall and the Bruins led throughout. McLain added a two-run double in the fourth inning that made it 6-3.

Sam Ruta went 3 for 3 with a home run and four RBIs for Army (28-25). He hit a two-run shot in the bottom of the second inning, a sacrifice fly that scored Ross Friedrick in the fourth and an RBI single in the fifth made it 9-6 in the fifth.

Eight of the Bruins’ nine starters reach base at least two times.

JT Schwartz had an RBI single in the first inning and hit a solo home run in the seventh for UCLA. 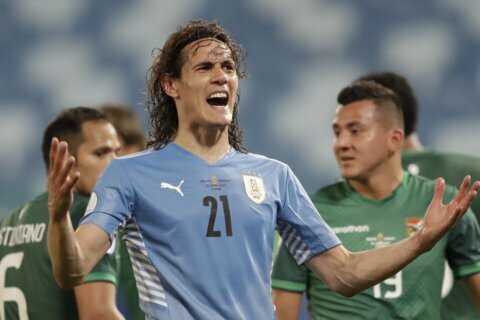