Spring isn't the usual season to think about ice skating, but a retired competitive skater is making the sport hot. His videos have gone viral as he tries to make skating more inclusive and welcoming for all.
Listen now to WTOP News WTOP.com | Alexa | Google Home | WTOP App | 103.5 FM

Spring isn’t the usual season to think about ice skating, but a retired competitive skater is making the sport hot. His videos have gone viral as he tries to make skating more inclusive and welcoming for all.

With his untraditional moves, Canadian Elladj Baldé is shattering the traditional world of figure skating.

“People love skating,” Baldé said. “It’s just, it hasn’t modernized itself. We’re not tapping into pop culture, but we can.”

His viral videos, which started during quarantine, are a departure from his experience as a young, Black skater.

“I didn’t have anyone that looked like me, and so that led me to trying to fit a mold that didn’t feel super authentic to me,” Baldé said. He said he found himself trying to fit into a “White, European elitist environment.”

Racist criticisms tried to keep him in that mold. “Me being referred to as a monkey or I skate like a monkey,” Baldé said. “I wanted to grow my hair and have an afro, but they told me not to because it’s nappy, it’s not clean.”

But that changed when he saw skater Maxime-Billy Fortin break the mold.

“He had a passion I’d never seen before, and I just remember that shift after that,” Baldé said. “I promised myself I was only going to skate to things that I wanted to skate to now.”

That spark fueled Baldé, who narrowly missed making the Olympics, to a higher goal — pushing for change and co-founding the Figure Skating Diversity & Inclusion Alliance with others like American skater Mariyah Gerber.

“So many skaters of color, you do feel isolated,” Gerber said. “The whole idea of the program is to have somebody who looks like you, who can be in your corner.”

“Before skating with Elladj, I was more thinking about my technique side, and now, more the interpretation of the movements — the movement a little bit bigger or smaller,” Farand said, as he started to dance. He added, “That’s natural for us to do that. Yeah, and then feel it.”

Baldé’s passion is giving others permission to be themselves, and no medal can top that. 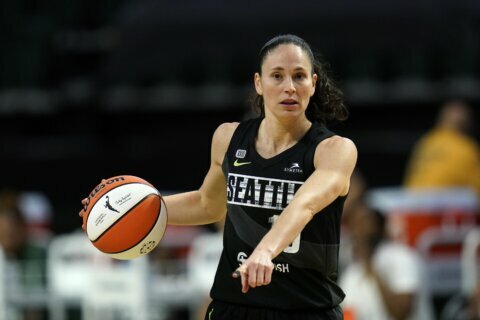 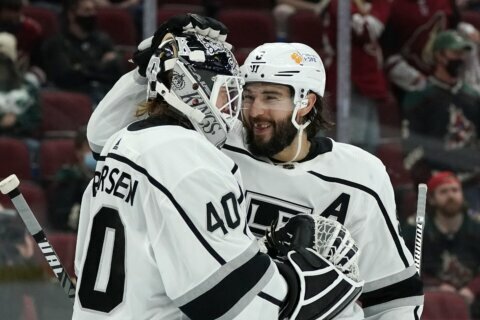 Kings’ Doughty: ‘We need to be better and get better’