According to the Associated Press, the singer has been identified as Peyton Easton.

Fox 5 reporter Bob Barnard who was at the game of Bethesda-Chevy Chase High School vs. Meade High School says CPR was performed on the singer and he was moving his arms. He was wheeled away on stretcher to a standing ovation by the crowd, according to Barnard.

Never seen anything like this. Anthem singer goes down at @MPSSAA_Org Class 4A boys title game. EMTs working on him. pic.twitter.com/MmiK12uKWs 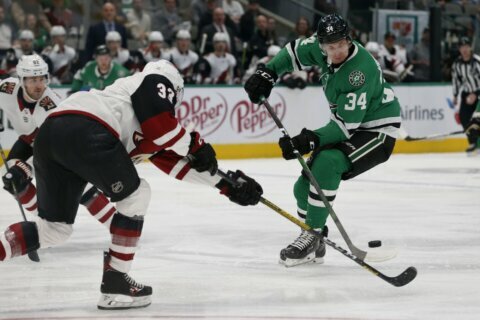