Andy Reid, previously the winningest coach in NFL history without a championship, led the Kansas City Chiefs to victory in Super Bowl LIV, the franchise’s first in 50 years and his first in his 21st season as a head coach. Patrick Mahomes — the third black starting quarterback to win a Super Bowl, and second to win the game’s MVP honors — also became the first QB to win a Super Bowl and MVP before turning 25 years old. It was truly a wonderful confluence of antithetical stories that many rooted for.

But here’s one I’ll bet you didn’t know: On Day 2 of Black History Month, Chiefs offensive coordinator Eric Bieniemy and Mahomes became the first-ever black OC-QB combo to win a Super Bowl, and it happened on a day in which the league had the most black officials on the field for a Super Bowl.

It’s hard to feel great about that accomplishment when it comes in large part because Bieniemy just can’t get his due. He has interviewed seven times for head coaching positions over the last two seasons, never truly becoming a finalist for any, even though he’s been at the helm of one of the league’s most explosive offenses.

Cleveland has passed twice in favor of white coaches with a fraction of Bieniemy’s resume.

There seems to be a misguided notion that because Reid is the primary play-caller, Bieniemy is just along for the ride. But it was Bieniemy that dug deep into film study to find the play that set up the Chiefs’ first touchdown of the game — the type of play that went viral and, more importantly, kept a dominant 49ers defense off-balance.

Chiefs or the Backstreet Boys? pic.twitter.com/MUNyqtvD8R

This offense erased a 10-point deficit in the fourth quarter of a Super Bowl by scoring 21 unanswered points. With the pressure on and legacies on the line, the Chiefs ended three straight drives with touchdowns, gaining 190 yards in 19 plays over a span of five minutes and 19 seconds on the game clock.

Yes, Reid calls plays. Yes, Mahomes was brilliant in that final quarter. But again I ask: Why isn’t Bieniemy considered an offensive genius like his white counterparts?

His game planning for one of the best offenses in the sport consistently draws rave reviews, giving his qualifications far more juice than any of the other Reid assistants that landed head coaching gigs in much shorter order.

Yet I didn’t see a single mention of Bieniemy during the FOX broadcast — a far more egregious omission than that of Colin Kaepernick, the last QB to lead the 49ers to the Super Bowl. Do you think that happens to Doug Pederson or Matt Nagy if they were championship coordinators whose units accomplished something as remarkable as Bieniemy’s?

“His role is the same (as Pederson and Nagy),” Reid said Thursday leading up to Super Bowl Sunday. “He does all the stuff the other coordinators do — the game plans and so on. He’s the one (who) signals and calls the plays and in communication with the quarterbacks. He’s in every quarterback meeting, all the stuff all the other guys do. I don’t know the answer.”

Oh, I do, Andy. The media plays a role in boosting the profile of certain figures in the game, yet somehow hasn’t generated the same level of buzz around Bieniemy as around some of his offensive-minded contemporaries who get the corny “genius” labels.

And, above all else, the Rooney Rule and the process for an inclusive hiring process is broken. Even the commissioner knows that.

Roger Goodell will publicly say, “We are not where we want to be on this level” so it sounds like he and the league really care about this issue. But he’s a mouthpiece for the same owners whose failure to do their due diligence — or, at best, separate fad from principle — is responsible for the current plight of the black NFL coach. That’s how the Browns end up with a Freddie Kitchens rather than a Bieniemy, Mike Tomlin or Anthony Lynn. The whole process is a stain on the sport.

“Every owner has the option of hiring the best fit for the organization, and I’m very partial to Eric because I know how good he is,” Reid said Thursday. “You could just turn (a team) over to him and let him go. Just let him be Eric Bieniemy, and he’ll lead your football team into greatness.”

Sadly, we may never find out. At age 50, Bieniemy doesn’t have much time left to wait for the opportunity he so richly deserves, and NFL history is littered with the names of coaches of color who never got their long-awaited shot.

The curious case of Eric Bieniemy should prompt the NFL to undergo real, substantive change to ensure the league doesn’t go another 100 years without addressing its most embarrassing and unnecessary issue. 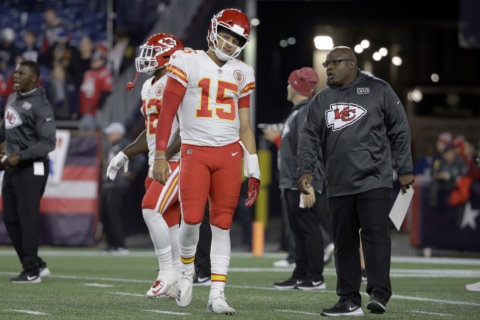 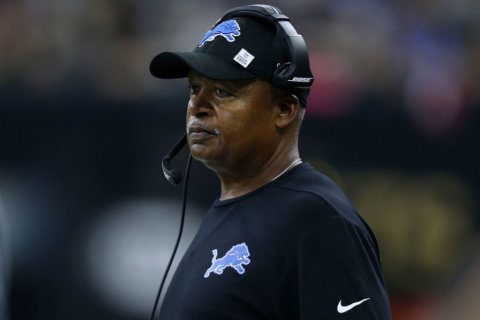 Column: It’s (past) time to give minority football coaches their due 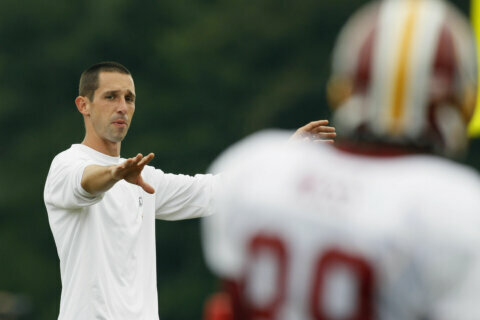