Tom Brady and Drew Brees went one-and-done in the NFL playoffs, and WTOP's Rob Woodfork says it's because the NFL is going back to the future.
Listen now to WTOP News WTOP.com | Alexa | Google Home | WTOP App | 103.5 FM

Tom Brady and Drew Brees never got to play each other in a Super Bowl, but their careers just coalesced around the postseason drain and into a sea of questions over whether they’re still among the NFL’s best.

Let me clarify: Neither the 42-year-old Brady nor the nearly 41-year-old Brees announced plans to retire in the wake of their Wild Card defeats last weekend. Brees was the second-highest rated QB in the regular season, and the last time I eulogized the Patriots, they went on to win another Super Bowl — so, you’ll excuse me if I opt to wait to see the rotting corpse before I call a time of death.

But last weekend certainly signaled a changing of the guard in the NFL. No, Brees didn’t pass the torch to Kirk Cousins in particular, nor did Brady to Ryan Tannehill, necessarily. Instead, the age-old recipe of running the ball and playing good defense just stamped out the age of quarterbacks carrying a flawed team to ultimate victory.

Look at what usurped two of the most daunting home field advantages in recent postseason history. In New England, Tennessee became the first team to top 200 rushing yards against a Bill Belichick defense in the playoffs and perhaps closed out Brady’s career in a Patriots uniform with a game-clinching pick-six that made the GOAT, well, a goat (though Brady being hobbled may not have helped) in just the third home playoff loss of the two decadelong Brady-Belichick era.

Meanwhile, Minnesota went into New Orleans and rushed for 136 yards and two touchdowns, while the Vikings defense forced Brees into two key turnovers. They also limited the most prolific passer in NFL history to just 6.3 yards per pass in what may have been his last stand at the Superdome, where the Brees-Sean Payton tandem has now lost two straight after going a perfect 6-0 in the postseason.

While we’re not quite back to the age of guys like Brad Johnson and Trent Dilfer quarterbacking Super Bowl teams, this year has certainly been defined less by being carried by a prolific passer and more by having a complete team that includes an efficient one.

Lest we forget, the 14-2 Baltimore Ravens were the most dominant team in the regular season in large part because Lamar Jackson led the first offense in NFL history to average 200 yards passing and 200 yards rushing in the same season, while the defense ranked in the top four in both yards and scoring.

Don’t get me wrong: Quarterbacks still matter. The top four rated QBs in the regular season are still alive in the playoffs and seven of the top 10 (oddly, Aaron Rodgers is the only outlier, ranked 12th with a 95.4 QB rating).

But the days of stationary targets Brady and Brees leading teams to a championship by dropping back to pass 35-36 times per game appear to be over. Now is the age of dual threat passers aided by strong rushing attacks and nasty defenses.

Hopefully, the new-look Redskins are taking notes. Ron Rivera inherits a talented-yet-underachieving defense and Skins fans have been salivating over the potential of a healthy Derrius Guice. A turnaround could be right around the corner if the Redskins’ offensive coordinator — whoever that may be — is wise enough to remember the Titans’ win in Foxborough.

Whether or not the Wild Card winners take it all the way to Miami for Super Bowl Sunday, they opened a new decade with old fashioned football principles. And whether or not this marks the end for Brady and Brees, there has been an undeniable shift in the way the game is being contested at the highest level. 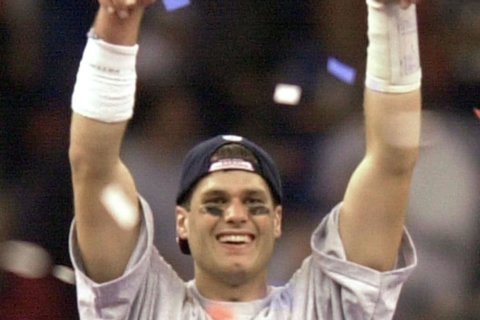 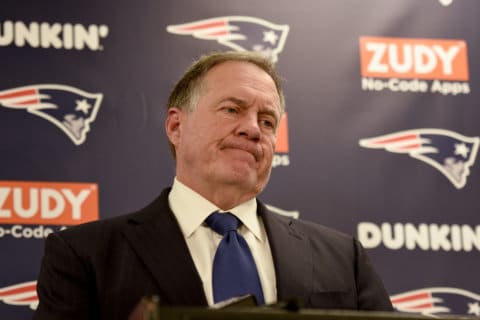 Column: Is the Patriots dynasty over? 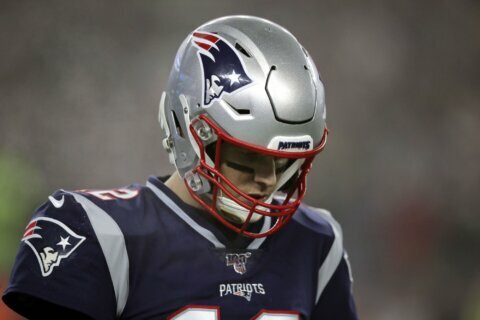