Column: The All-Star Game is broken – how can we fix it?

The MLB Home Run Derby turned its format on its head and transformed a once-stale event into the jewel of All-Star week. It's time for the All-Star Game itself to do the same thing.
Listen now to WTOP News WTOP.com | Alexa | Google Home | WTOP App | 103.5 FM

The 2019 Major League Baseball All-Star Game will feature many of the game’s biggest stars Tuesday night in Cleveland.

But while All-Star week has grown to include a good many other events, both on and away from the field, as we saw up close last year in D.C., the game itself continues to grow more stale and less significant seemingly each year. For fans of the Washington Nationals, they won’t even be represented on the field.

The Nats had two representatives chosen for the game, which feels about right for a team in contention but not in first place, from a non-power baseball market that doesn’t have the kind of sway at the ballot box to win the popularity contest of the starting lineup vote.

But those two players, Max Scherzer and Anthony Rendon, will not be playing. Scherzer cited back stiffness, dating back to his June 30 start (but which didn’t keep him from throwing 7.0 scoreless innings of four-hit ball with 11 strikeouts Saturday) for his absence. It’s hard to blame him for wanting to be in top shape for the second half, where he’ll be desperately needed to get the Nats to the postseason.

“Our season matters so much more than the All-Star Game,” he said Sunday, and of course he’s right.

Rendon’s company line is that he’s dealing with lingering hamstring and quad tightness, which is a perfectly reasonable excuse. But he has also made it quite clear he’d prefer not to bother with the festivities, despite having never before been selected. He told reporters earlier this year that he’d love to be named to the team, so long as he didn’t have to actually go and play in the game.

This problem doesn’t start and stop with Rendon, though. Between all the various injury defections, we’re now up to 75 players in this year’s game, with the already bloated 32-man rosters (20 position players, 12 pitchers) extended even further by replacements. That’s a full 10% of the active roster of the league.

With so many of the games carried on national TV and every game from around the country (blackout zones excluded, of course) available on MLB.TV, the allure of seeing the game’s biggest stars simply isn’t the once-a-year pageant it used to be. Couple that with Interleague Play, which sees every team face every other team in the opposite league at least once every three seasons, and the entire format feels antiquated. All of this contributes to the scales tilting ever further away from the importance of the game, and from the prestige in participating. 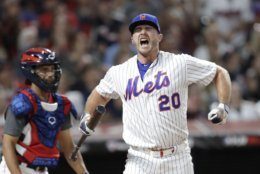 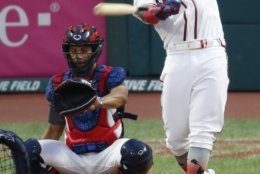 Share on Facebook. Share on Twitter. Share via email. Print.
Contract bonuses tied to All-Star selections kick in whether the player participates or not. And you can’t tie bonuses for making the game into mandatory participation, or else you’ll penalize players with legitimate injuries. Besides, wanting a few days off to rest and heal in the middle of a six-month grind that otherwise doesn’t provide for more than a day’s rest at a time is not unreasonable. The only way to get more people to want to participate is to make the game more attractive.

The game’s always been just an exhibition, at least since the ill-conceived and ill-fated idea of giving the winner home field advantage in the World Series was cast aside. Baseball clings more fiercely to its traditions than any sport, but perhaps it’s time to shake things up a bit.

The Home Run Derby was also broken up until a few years ago. The format and presentation had gotten tiresome, with participants bailing left and right. While I personally was skeptical about the overhaul to the structure at the time it was unveiled, the new format proved to be a smash hit.

Bryce Harper’s hometown, walk-off win last year was arguably both the biggest moment of the Nats’ season as well as his most indelible one in a Curly W. This year’s record-setting battle between Vlad Guerrero Jr. and Joc Pederson will outlast any memories of whatever happens Tuesday night. That’s great for the Derby, but what can be done about the game?

Perhaps dispensing with the American League vs. National League format? Surely some would cry heresy, but letting the leading vote-getters pick their teams as captains? You’re telling me that wouldn’t add a little excitement?

We saw the $1 million added bonus to the Home Run Derby, which makes a huge difference for players still on their rookie contracts. Of course, that’s less of an incentive for the likes of Rendon ($18.8 million salary this year) and Scherzer ($42.143 million). But what if in-game results triggered rewards for a random fan of that player’s team? If Rendon had $50,000 tied to hitting a home run, or Scherzer $25,000 for striking out the side, wouldn’t you want to enter (by voting, of course) and watch to see if you’d won?

Attending an All-Star Game, in spite of the eye-popping cost, is something a lot of baseball fans have on their bucket list, especially for when it comes to their hometown.

But watching the game feels less and less necessary each year, all while the Home Run Derby is becoming must-watch TV for any baseball fan. It’s time the All-Star Game took a fresh, new player- and fan-friendly approach to make the Midsummer Classic live up to its name once again. 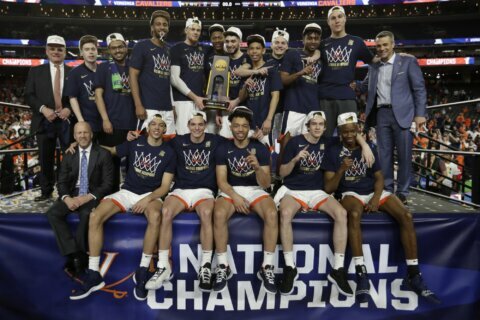