Colin Kaepernick would be a good fit in Washington — and everything that happened Sunday proved it, says Rob Woodfork in the NFL Week 14 Wrap.
Listen now to WTOP News WTOP.com | Alexa | Google Home | WTOP App | 103.5 FM

WASHINGTON — The Redskins have gone from a 6-3 team with a solid lead in the NFC East to a 6-7 third-place afterthought free falling out of playoff contention — and it really didn’t have to be this way. 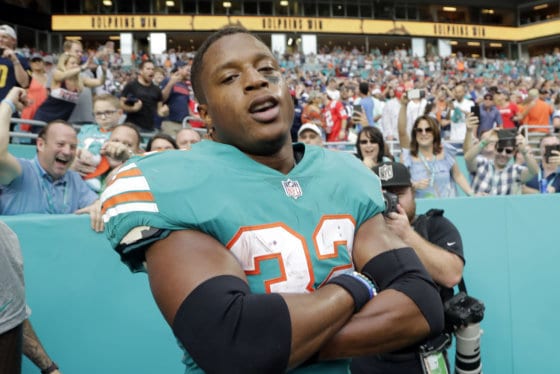 Prime pairings, a South Beach stunner, a West Coast waste and a helluva name for a band. The NFL Week 14 Recap has all this and more.

By now, there’s a good number of people sick of hearing about Colin Kaepernick, the quarterback infamously blackballed by the NFL since the end of the 2016 season. But there’s a reason his name keeps coming up. He’s a good quarterback who still doesn’t have a job for reasons that have nothing whatsoever to do with football and, as was reported Sunday night after the Redskins’ misadventures with Mark Sanchez, Kaepernick would come to Washington if invited.

Last week, Jay Gruden gave us football reasons the Redskins wouldn’t pursue Kaepernick. On Sunday, every single one of those reasons was summarily disproved during his team’s dismantling by the Giants. Sanchez, with all his alleged wealth of experience, was an unmitigated disaster in his first start since 2015, and was benched for Josh Johnson — a 32-year-old journeyman who was recently selected first overall in the upstart AAF before the ‘Skins came calling.

Any reasonable football observer would expect Sanchez to suck, but not to the extent he did against a Giants defense ranked 21st in yardage and 23rd in scoring. He completed only six of his 14 passes for 37 yards and two interceptions, getting sacked five times.

Mark Sanchez had a 0.0 quarterback rating.

Then came Johnson, fresh off the street and running the exact same style of offense that would be perfectly suited for Kaepernick, thus demonstrating the Redskins brain trust is lying, incompetent, or both. It was garbage time, but Johnson easily outplayed Sanchez, completing 11 of 16 passes for 195 yards and a touchdown (and a pick), and running the ball seven times for 45 yards and another score.

There’s no debating Kaepernick, Russell Wilson and Robert Griffin III were the poster children of the run-pass option boom in 2012. So bringing in a cheap knockoff who hasn’t even been on an NFL roster in four years and had to learn his new team via a video game is gross organizational negligence.

This isn’t to say that a better QB absolutely fixes all that ails the Redskins. The defense went from one of the very best against the run to getting gashed on a weekly basis, belied by their present ranking (14th against the run, 20th in total defense). Shutting down Ezekiel Elliott and Saquon Barkley keyed early season wins over the Cowboys and Giants, respectively, but both ran wild in the rematch against the ‘Skins. This defense has struggled against the pass most of the season, and the Ha Ha Clinton-Dix trade hasn’t helped in the least.

But there’s a correlation between the defense’s struggles and the offense’s ineptitude. When Alex Smith was the starter, the Redskins offense was adept at protecting the football and grinding out longer drives with the run game. During the team’s four-game losing streak, the ‘Skins have committed 10 turnovers (two of them returned for touchdowns) and — if you subtract Adrian Peterson’s historically notorious 90-yard touchdown last Monday night — run for just 3.5 yards per carry. No matter how your defense is playing, it behooves an offense to avoid 3-and-outs and turnovers to lend them a helping hand, and the Redskins haven’t done that recently.

Yet that was Kaepernick’s specialty in San Francisco. As I pointed out in the wake of the Smith injury last month, Kaepernick has one of the lowest interception rates in NFL history. His mobility extends plays and creates opportunities the stationary Sanchez can’t, and that benefit can’t be underestimated after what Johnson was able to do on Sunday.

That said, Redskins fans hopeful Johnson can replicate Sunday’s late-game performance are fooling themselves. His 104.9 QB rating was inflated by Jamison Crowder’s 79-yard catch-and-run touchdown, and backup QBs historically do better in impromptu relief appearances than in starts that allow the opponent to spend a week game-planning for them. Johnson hasn’t started an NFL game since 2011, so there’s not exactly a lot of film on him.

Furthermore, playing top 10 defenses in Jacksonville and Tennessee in successive weeks would be a challenge for anyone, let alone a guy who entered Sunday with a 57.7 career QB rating and only five starts (and no wins) in his NFL career. Wouldn’t a former Super Bowl QB with a career 88.9 rating and a more recent — and overall better — track record be a better fit for a team still mathematically in playoff contention?

The answer is unequivocally yes. But it’s not going to happen because the current power structure is committed to a specific path that leads only to disappointment.

You need a new defensive coordinator. But Jay can't be trusted to pick him.

So you need a new coach. But Bruce can't be trusted to pick him.

So you need a new president. But the owner can't be trusted to pick him.

So buckle up and get ready for the 6-10 finish this lost organization deserves. 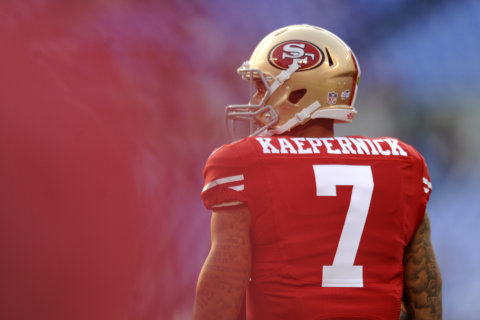 Redskins show no signs of life, lose to the Giants 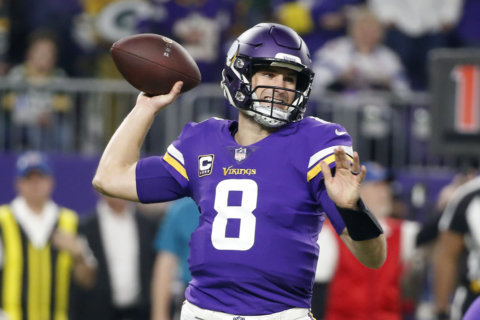