This content is sponsored by American Military University. Jennifer Marshall is a proud veteran who served in the Navy, but…
Listen now to WTOP News WTOP.com | Alexa | Google Home | WTOP App | 103.5 FM

Jennifer Marshall is a proud veteran who served in the Navy, but she is more widely known through the roles she plays in the world of entertainment on television and in films.

“It’s been a wild and crazy adventure since getting out of the military for sure,” Marshall said.

Marshall, a successful actress, has appeared on the Netflix hit Stranger Things as well as NCIS, Hawaii Five-0 and Nickelodeon’s Game Shakers, among other shows.

She hosts Mysteries Decoded on the CW Network which has a second season that is set to air in the fall.

“That’s a really great thing because a lot of shows don’t get picked up for a second season,” Marshall said. “I’m really excited about that.”

Where she came from

Marshall grew up in a town in Colorado that had a population of only about 3,000 people, and she decided early on in her life that she wanted to be in the military.

“It was a beautiful small town but I wanted to see the world,” Marshall explained.

Plus, she had family members in the Army and the Navy going back several generations.

Marshall spent her time in the Navy from the age of 17 to 22, honorably separating as a Second Class Petty Officer.

She served as an aircraft handler, forklift operator, logistics specialist and worked on the USS Theodore Roosevelt, a nuclear-powered aircraft carrier.

“I grew up without a lot of money and not a lot of opportunity and I saw the military as a way where I could make the most of my life and I could do what I wanted to do,” Marshall said. “The military made me believe in myself.”

She said the Navy helped her grow as a person, in part by forcing her to overcome obstacles that went along with being a woman in the military.

“You have to go above and beyond to be recognized,” Marshall explained. “It’s not fair but it taught me a lot.”

How she found AMU

Following her service, Marshall focused on her education, graduating from Virginia Wesleyan University before seeking out American Military University where she received her master’s degree in criminal justice.

Marshall said the instructors she worked with had a lot of industry experience to share with their students.

“It wasn’t just a bunch of academics,” Marshall said. “I loved that they had instructors who were doing what they were teaching.”

And the flexible schedules at AMU helped her quite a bit.

Marshall is a mother of four kids, two of whom she adopted abroad from Uganda and Columbia.

According to Marshall, when she was in Uganda, the internet was spotty and slow, making it impossible for her to access her online class. She contacted her professor to explain the situation and flexible arrangements were made so she could continue her education while still meeting her academic requirements.

“The flexibility is so important,” Marshall said.

Her criminal justice degree translated to her work as a private investigator in California and to her role as host of Mysteries Decoded, where she explores evidence and utilizes high-tech tools in unsolved mysteries.

Work outside of ‘work’

In addition to everything else Marshall does in her busy life, she works with veterans, advocating for them and mentoring those who are thinking about following in her footsteps and getting into the entertainment industry.

“Veterans are near and dear to my heart,” said Marshall. “I am so blessed and privileged to be part of the community.”

She has done a significant amount of volunteer work, delivering food to homebound seniors through a senior center in the Los Angeles area.

Marshall has also worked extensively with the non-profit Pin-Ups for Vets.

“Through fundraisers and the sale of modest and classy pin-up calendars, Pin-ups for Vets has raised about $60,000 to fund various veteran and troop initiatives,” Marshall said. “These funds have been allocated to purchase much needed rehab equipment for our veterans, send care packages to our troops overseas and have aided the pin-ups in visiting thousands of veterans at their bedside since 2006.”

Since becoming affiliated with the organization in 2014, Marshall personally has visited VA hospitals and nursing homes and participated in fundraisers helping the non-profit raise thousands of dollars.

But aside from acting, volunteering and advocating, Marshall wants to do even more in the future. She said she would like to eventually get a law degree, or perhaps go back to school for her doctorate.

“I feel like education is a lifelong journey,” Marshall said. 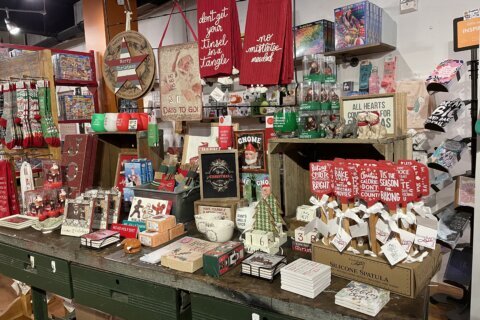 Top spots to take your holiday gift-giving up a notch in Frederick, MD 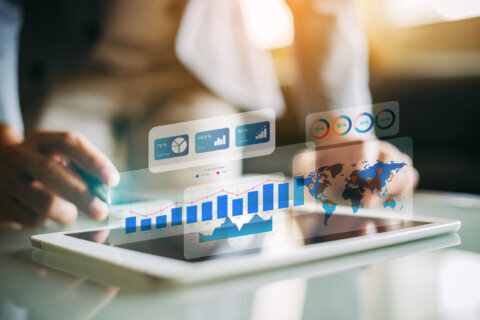 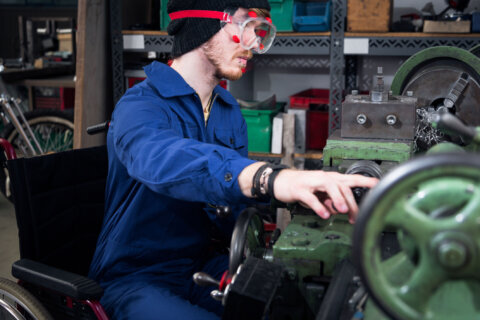 AbilityOne built the foundation for disability employment: Modernizing it can create the workforce of the future