Cassie Wells served in the Marines from 2011 through 2020, eventually becoming a criminal investigator for the Marines. Wanting to take her career further, she found American Military University which offered what she was looking for with the flexibility she needed.
Listen now to WTOP News WTOP.com | Alexa | Google Home | WTOP App | 103.5 FM

Cassie Wells, who grew up in a small town in Oregon, had big ambitions early in life, deciding right after high school that she “needed to do something more.”

“I was working two or three jobs and I really wasn’t happy,” Wells said. “I just wanted something that I could be proud of.”

That is when she went to a recruiter’s office and joined the Marines.

In many instances, when someone chooses a career path in the military, they have immediate family members who’ve been involved in that world and are accustomed to that life, but that was not the case with Wells.

She set out to have her own military journey, and she did it independently.

“It was pretty surreal,” Wells said. “It was something that I didn’t think I could achieve.”

While it did take some time, her family eventually embraced it.

“My mom was terrified,” Wells explained. “ She was definitely nervous but she was the biggest supporter after she got over that initial fear. She was so proud of it, everyone in town knew I was a Marine whether they wanted to know or not.”

A career in the Marines

Wells served in the Marines from 2011 through 2020, starting as a technician who maintained and repaired electronic systems used for communications.

She traveled to numerous locations around the world, including Japan and the Philippines.

“It was a huge thing for me to grow and develop confidence in myself,” Wells said.

Her biggest accomplishment, the one she said she’s most proud of, was becoming a criminal investigator for the Marines.

Wells was in that role for about four years, working with law enforcement officials both inside and outside the military in an effort to investigate crimes committed by service members and civilians who became entangled in government-related offenses.

“That was something I had worked really hard to do,” said Wells, noting the lengthy and highly-selective application process. “It was an incredibly challenging job but I loved every second of it.”

Wells was still in the military when she started seeking out higher education, looking for a school that provided a good fit given her hectic schedule.

She said the flexible, online courses at American Military University are what drew her there.

Wells attended AMU during the height of the coronavirus pandemic, when in-person schools were forced to close their doors and turn to remote learning. Since Wells was already taking classes online, her education was able to continue uninterrupted.

“They have flexible hours, flexible days and a really wide range of classes,” Wells said. “They would offer multiple classes at different times so that was key to me being able to piece together my schedule and actually finish my degree plan.”

Wells had taken various classes at different colleges before attending AMU, so she needed to transfer credits to the school.

Putting all those documents together was not an easy process, but Wells said AMU guided her through it.

“When all of it was done, they said ‘hey your degree plan is ready,’” Wells explained. “I went on there and realized that I already had half of a bachelor’s degree and didn’t even know it. They were the ones that pieced that together and helped me figure that out. That was huge.”

Wells received a bachelor’s degree in psychology from AMU.

She is now at the University of North Carolina at Charlotte, working on a master’s degree in clinical mental health counseling with a focus on substance abuse and addictions.

Why not police work?

Given the extensive criminal justice background Wells developed during her time as an investigator in the Marines, why didn’t she seek a career in law enforcement?

“I’ve always had a fascination with the mental health field,” Wells explained, saying she noticed that people who commit crimes often are in need of mental health treatment.

“I’ve seen just how bad it can get and I really wanted to do something more proactive,” she said. “I wanted to help people before their problems became the worst part of their life or of other peoples’ lives.”

Wells is not sure exactly what she wants to specialize in once her education is done and she becomes a professional mental health counselor.

She just knows she’s on the right path.

“There are so many routes that a career in that field can go it’s almost overwhelming to choose a single area to focus on,” Wells said. “I’m keeping my options open and seeing what comes my way.” 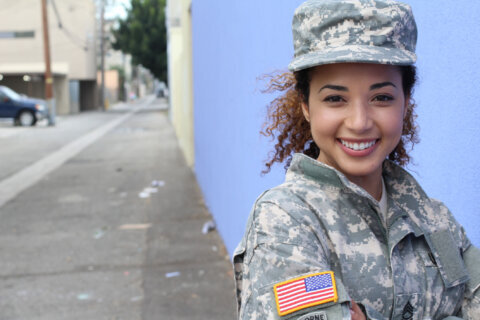 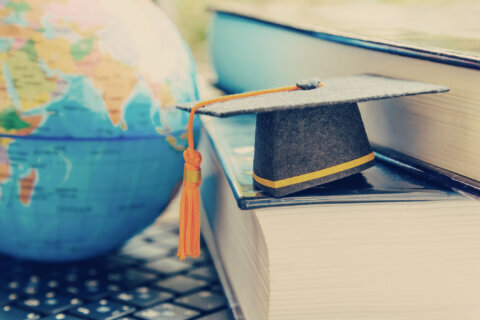 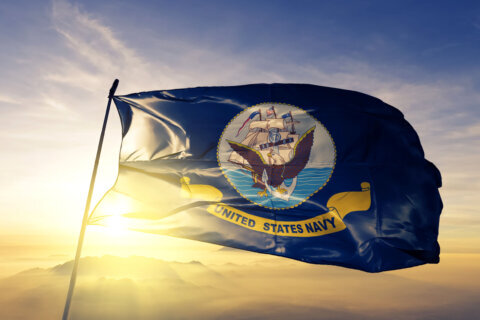