As the U.S. Women's National Team gets set to kick off at the Women's World Cup in France, a new book is out chronicling the team's rise to prominence and the many battles behind the scenes it took to get there. Author Caitlin Murray joins WTOP to discuss.
Listen now to WTOP News WTOP.com | Alexa | Google Home | WTOP App | 103.5 FM

When the U.S. Women’s National Team burst into the broader American consciousness with their thrilling 1999 World Cup win on home soil, the way we viewed soccer in America changed forever. But in the cycles between the World Cups and Olympics that have come since, and even back before that seminal moment, the USWNT has been fighting — largely behind closed doors — to advance their sport to more equal footing with the men’s game.

Longtime soccer journalist Caitlin Murray chronicles the journey in painstaking fashion in her new book “The National Team: The inside story of the women who changed soccer,” which features more than 100 interviews with current and former players, coaches, executives and others who have covered the rise of the team to its current international prominence. Murray spoke with WTOP shortly before departing for France for this summer’s Women’s World Cup, which is already underway, and which will see the USWNT compete for the first time on Tuesday in its opening game vs. Thailand. The interview has been edited for clarity and brevity.

WTOP: When you talk to people about the USWNT, do most people realize how recently the team came about, and how rapid progress has been in the sport?

Caitlin Murray: People think that women’s soccer and the Women’s World Cup and the Women’s National Team started in 1999, when they watched Brandi Chastain score that penalty kick against China at the Rose Bowl. She rips off her shirt, she’s on the cover of Sports Illustrated in her sports bra, it’s the biggest storyline of the summer in sports. That’s when Americans sort of realized that women’s soccer existed, and I think still to this day people sort of think that was the beginning. But in fact, that was the second World Cup that the U.S. won. 1991 was the first Women’s World Cup, and they won that one. The team started in 1985. From one standpoint, I guess you would think it was longer than that. But women’s soccer has gone through a lot of growing pains. It was actually banned in a lot of countries around the world until relatively recent history, the ‘70s and ‘80s. 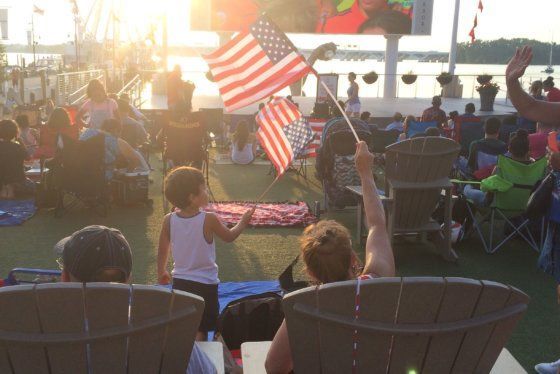 The Women’s World Cup promises to be a popular draw in and around D.C. Want to join in on the fun? Here’s a comprehensive list of places to enjoy the action.

What was the key to their breakout in capturing the national awareness that summer of 1999?

I think part of the reason they were able to attract so many fans is that these were players that went around promoting the Women’s World Cup. They felt really a huge responsibility to make sure the event was a success. So stars of the team, like Mia Hamm, were going to youth soccer clinics and youth teams and talking to kids there, handing out flyers, letting them know that the Women’s World Cup was coming to their city and they should talk to their parents about it and go to their games. The players felt a huge responsibility, and that sort of hasn’t changed that much over the years. The Women’s World Cup is now a huge event, but still I think the players feel a constant responsibility to promote the game, the sport, the team. And that’s not something that male soccer players or male athletes are burdened with doing. It’s sort of interesting even how it’s changed so much since then, women’s soccer is so much bigger than it ever was then, it’s still sort of the kernel of what still exists today, which is that the players just feel a huge responsibility for making sure the women’s game is successful.

What about the team’s identity fed the idea that they needed to be the flag-bearer for equal pay for women’s athletes?

What the players always say is, even though U.S. Soccer actually treats the U.S. Women’s National Team better than most, if not all, women’s international soccer teams around the world, doesn’t mean we shouldn’t be treated equal to the men’s team. And they really embrace being the leaders in this conversation and sort of leading the discussion about equal pay and issues related to equality in sports for men and women. What I didn’t realize until I started working on my book and talking to the players is that behind the scenes, sort of out of public view, is that this has been going on since the team started in the ‘90s. The team have had to boycott. There’s a scene in my book where Mia Hamm and Julie Foudy are sitting in a conference room with the president of U.S. Soccer and they’re sort of telling him off and threatening to never play soccer for him again if he doesn’t treat the players better. It’s sort of built into this team’s DNA. They have this fight and this mentality that we see on the field, but that carries off the field, and that’s sort of been part of the team’s identity going back to the ‘90s and still remains today.

With the rise of other national teams, is this the last time the U.S. will be a favorite to win the World Cup?

I think we’ve been talking for years about how the world is catching up with them, and clearly it hasn’t happened yet — they won the World Cup in 2015. It is going to happen at some point. I think that this U.S. team is as good as any team that the U.S. Women’s National Team has ever had. However, I think the rest of the world is better than they’ve ever been, and this is going to be the toughest World Cup for the U.S. to try to win. I think the concern from a U.S. standpoint is we’re seeing the club game around the rest of the world is really growing at a rapid pace. We’re seeing large crowds, a lot of sponsorship and money being poured into some of the leagues, particularly in Europe where, these are countries that already love soccer, they just always sort of loved men’s soccer and they haven’t embraced women’s soccer. And they’re starting to embrace women’s soccer now. And once these soccer powerhouse countries start embracing their women’s teams, it’s going to put a lot of pressure on the U.S. to keep up. There’s a discussion at every World Cup whether this is the last one where the U.S. is going to be the powerhouse. To this day, it hasn’t happened yet. I don’t even know in this World Cup — I still think that the U.S. has a pretty good chance of going quite far, but it seems inevitable that day will come. It’s just a question of how soon that will be.

Does the American pressure to win put that much more pressure on the team to take advantage of the world stage while they have everyone’s attention?

I think that there is an internal pressure within the team that is already incredibly high. Part of the reason the U.S. has been so dominant is they have a winning mentality and they expect a lot from themselves. They don’t give up, even when it looks like they’re out of the game. They always find a way to come back. So I think that pressure’s already there whether or not America tends to love a winner. In 2016, when they got knocked out at the Olympics in the quarterfinal, the U.S. had never not made the semifinals of a major tournament before, and I think they saw that as a huge missed opportunity. The excitement around the team just wasn’t as high as it would be if they had won. So I think that’s in the back of their mind that winning sets them up to continue to grow the game. So I would say that’s definitely there, that’s definitely part of it. The players recognize it. But the U.S Women’s National Team is a team of winners anyway, and they put an enormous amount of pressure on themselves to win.

The potential quarterfinal matchup between the U.S. and France looms as must-see TV, but how else should fans get invested this month in the World Cup?

Definitely, to start, watch the U.S. Let your patriotic pride get you invested. The U.S., I would say their attack is really strong — expect them to score a lot of goals. Their defense? A little weak. They’ll probably concede a lot of goals. So I think there will be some exciting games with a lot of goals involving the U.S.

France, the host country, it’s going to be really fun to watch them, because I think they’re incredibly talented. There’s going to be a buzz and an excitement around them. It’s always fun to see the host country play in front of their fans. Some other teams I would recommend people look out for: Australia is a young, exciting, fast team to watch. And they have never made it that far in a World Cup before, and I think they have a real shot to maybe go all the way. Samantha Kerr from Australia is maybe the best striker in the world — she always seems to score when she’s in front of goal. But what I would say is there are a lot more great teams this time around than ever in the past. And a key difference from the men’s World Cup is these players, throughout the tournament, is these are going to be really relatable players with great stories that you want to root for. You’re not going to find a lot of billionaires in the Women’s World Cup. The personal elements and the back stories are going to be really interesting. So I would definitely tune into the character packages and read up on some of these players, because they have wonderful stories and they’ve overcome a lot just to be in this World Cup. Crystal Dunn readies for WCup after getting cut in 2015 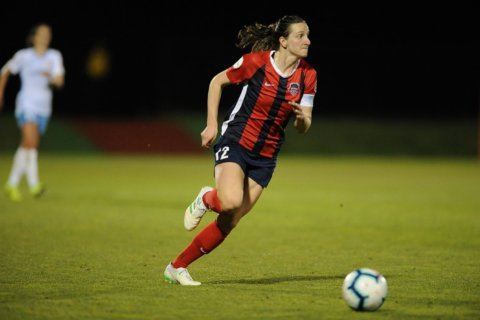