Prince William County is kicking off design of the Route 28 Bypass project.

At its meeting Tuesday, the Board of County Supervisors voted 5-3 to award a $14.9 million design contract for the bypass to WSP USA Inc., the U.S. subsidiary of a Canadian-based consultant company.

Democratic supervisors voted in favor of the contract, while Republicans, who have opposed the revised version of the project, were in opposition.

After several months of contentious discussion and debate, in August 2020, the board unanimously approved a partly funded $400 million version of the project that would have widened the existing road rather than building the bypass.

However, after learning that the widening project might not receive regional transportation funds, the board reversed course and voted 5-3 to approve a $300 million version of the project.  The bypass will be a four-lane road extending northeast from Godwin Drive and Sudley Road near Manassas to a point on Route 28 near Fairfax County. Democrats voted in favor of the new proposal, while Republicans were in opposition.

In October 2020, the Northern Virginia Transportation Authority approved an agreement to dedicate $89 million in authority funding for the project.

The bypass is estimated to impact 72 homes, according to county staff. At least half of those houses would need to be purchased completely, while the other homeowners would see partial impacts.

The bypass route would likely involve the removal of up to eight mobile homes from the Bull Run Mobile Home Community.

Initial design is expected to last until 2023.

In other business Tuesday, the board unanimously approved the Triangle Small Area Plan.

The plan covers about 376 acres in an area bounded by Interstate 95, Dumfries, Marine Corps Base Quantico and Fuller Heights Park.

The document does not guarantee any type of development for the area, nor does it change existing zoning. It serves only as a blueprint for the county’s vision in the area.

The county’s original plan for the area called for offices along U.S. 1 near the Dumfries town limits transitioning into medium-density residential and mixed-use. Farther from U.S. 1, the existing designation is low-density residential, followed by open space on the outskirts.

The new plan designates the area along U.S. 1 near Dumfries for mixed-use development, transitioning toward some high-density housing. Low-density residential remains the designation away from U.S. 1, while some medium-density and mixed-use areas are pinpointed on the southern end near the Marine Corps base. The plan keeps open space areas along the edges.

The county’s blueprint builds off the town of Dumfries’ plans for Main Street and will encourage development that can benefit from the nearby Marine Corps base. The plan focuses on “developing supplemental residential, retail, and office space” connected to the base, a county staff report says.

“Right now a lot of people just see this as the place you get off Route 1 when Interstate 95 is too congested,” said Occoquan Supervisor Kenny Boddye. “We know it can be more than that.” 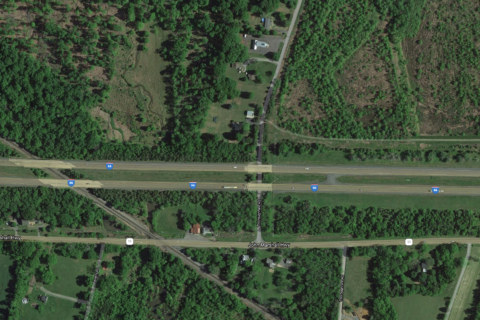