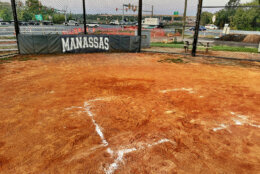 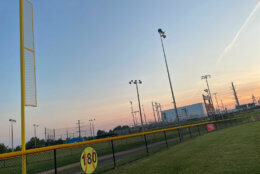 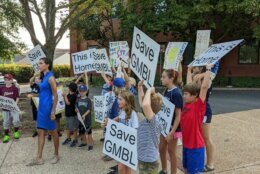 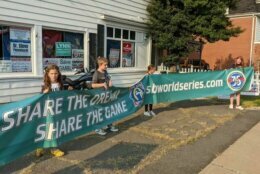 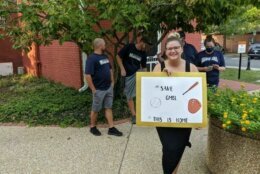 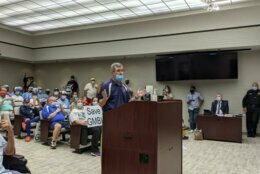 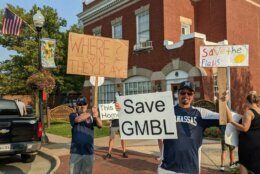 A majority of Manassas City Council members seem ready to enter into an agreement to sell Micron Technology the 18.12 acres of land currently serving as the E.G. Smith Baseball Complex, but Greater Manassas Baseball League supporters say the city needs to develop a relocation plan.

The proposed agreement with Micron would give Micron three years to determine whether to purchase the city-owned land for $14.17 million. If the council approves the deal at its next meeting, Sept. 27, nothing would immediately change with regards to the status of the fields. If during those three years Micron decides to buy the property, the city and GMBL would have two additional years after the purchase date to continue using it. All sale revenues would be committed to the City’s Parks, Culture and Recreation Department.

Hundreds of GMBL players, parents and coaches showed up for the public hearing at City Hall Monday night, filling the council chambers to its 141-person capacity and holding a demonstration outside with signs saying “Save GMBL” and “This is our home.”

Many said they were fine with the potential sale to Micron, but that the council needed to put it in writing that it would use some of the $14.17 million to help GMBL move to a single location within or close to the city. Councilmember Theresa Coates Ellis suggested the same thing.

Still others said the city shouldn’t move the league at all. The contract option between Micron and Manassas would also come with a $250,000 non-refundable option fee, which would be applied to the sale price if Micron completes the purchase eventually.

Many spoke of the importance of having an affordable sports option where the whole league for both baseball and softball from ages 5 to 18 plays in one location. Having older kids around younger ones and giving parents one place to be for multiple children is key to making GMBL an alternative to expensive, more exclusive travel leagues.

Alicia Kidwell, a varsity softball coach at Osbourn High School and mother of a GMBL baseball player, said moving GMBL would affect many children in the area.

“If you take GMBL out of the city, you’re taking the girls, the women, the athletes in our community out of the city as well,” she said, “To take that away from all of these kids is a complete disservice.”

Noah Wilsher, a 15-year-old GMBL baseball player and Osbourn High School student, said he’d been playing in the league since he was 6 and had important memories of making friends, learning the sport and escaping from the day-to-day stresses of growing up. He asked that if the city was going to sell the land, they come up with an actionable plan for replacing the fields.

We would like to know for sure that we do have a spot to play baseball,” Wilsher said.

In his presentation to the council, Economic Development Director Patrick Small said the property was appraised for $6.6 million. It was most recently assessed for tax purposes at $6.2 million, with $6 million of that being the value of the land itself. Most council members seemed interested in going through with the contract, which would pre-approve the land sale but not set it in motion. They also committed to doing what they could to find a new home for GMBL if Micron completes the purchase.

The property currently generates no tax revenue for the city. Small said an economic impact analysis on the league’s presence within the city limits could be done at a significant cost, but that he “would venture to say [the impact] is not going to be a huge number.”

GMBL President Colby Poteat said that in any given year 32% to 40% of the league’s nearly 900 players in the spring and summer live in the city.

Small also spoke about Micron’s importance to Manassas – it is the city’s biggest employer – and the nation. It’s the nation’s biggest manufacturer of semiconductors, which are crucial for many different technologies, including those found in new cars. A global shortage since the pandemic has driven their price up, in turn raising the prices of cars and other consumer goods, and officials with the federal government have said that having some domestic control over its semiconductor supply chain is important for the nation’s economy and defense.

The company has completed the first of two phases in its $3 billion expansion in Manassas, for which Virginia contributed $75 million, the biggest economic development deal in the state’s history. The company has not said what it might want the new land for.

Poteat said that he was concerned by what he described as a lack of communication from the city in the lead-up to the proposed sale. Council members said they would work with the league and possibly Prince William County to find a new place for the league if Micron does buy the property, but Poteat said communication would have to improve for him to have faith in them. He also suggested that new rectangle fields could be designed with space for a baseball/softball diamond as well.

After more than 30 people – including a number of young players – spoke, Councilmember Mark Wolfe, who also chairs the council’s Land Use Committee, proposed trying to draft a council resolution about the future of the league at the committee’s next meeting, Sept. 23. If language is approved by the committee, it could then go to the council for a vote on Sept. 27 separate from the contract agreement with Micron. At the end of the meeting, three email comments from Manassas City Public Schools students were also read asking for the city to build more soccer fields.

The city has explored replacing the E.G. Smith fields with new fields at an expanded Jennie Dean park, currently in the planning process. But staff have said that the city also has a significant need for more rectangle fields that can be used for soccer, football and lacrosse. Two ballfields are already located at Dean Park, and council members and staff have said there isn’t space for the kind of updated, tournament-style complex that GMBL wants.

The league has been at the site since 1981. The property was previously owned by IBM, but the company donated the land to the city when it moved its headquarters to New York, under the agreement that the property would be used for baseball and softball. IBM removed the language from the property deed in 2011 and the city has targeted it for economic development uses since, rejecting proposals to build housing there.

A request for proposals for the site was issued by the city in 2017, but no non-housing offers materialized until the Micron proposal. Small said the company hadn’t initially wanted to include the two-year delay in the contract, but that the city’s economic development team had negotiated it into the possible deal.

“Obviously they’re paying well above market value,” Small told the council Monday night. “What Micron is paying for is something that no other business and developer would pay for. They’re paying for the ballfields, and they’re paying a premium so that the city will have the resources to find a solution working in partnership with our community, our residents, GMBL and others, to develop new property. And Micron has given you time to do that.” 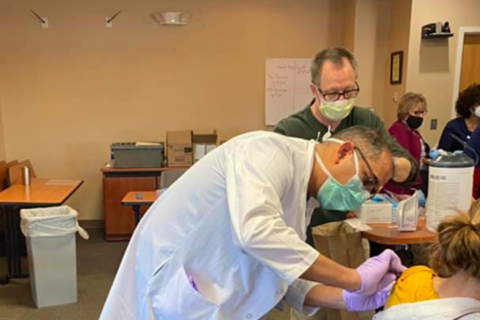