A $15,000 reward is being offered in the double shooting at Virginia’s Manassas Mall April 2 that left a Baltimore man dead and another man injured.

Jahmar Graves, 34, and the second victim, who is recovering, were in the area for contract work, Prince William County Police Chief Peter Newsham said during a Tuesday briefing.

“The two victims and a friend went out to the mall for an evening out when they encountered a second group of five unknown individuals,” Newsham said. “By all accounts, the two groups did not know each other.”

The chief said there was a “relatively minor” altercation inside the mall that didn’t rise above “some pushing and shoving.”

It escalated when they encountered each other outside the mall, according to police.

“A verbal argument ensued in the parking lot and one of the suspects brandished a firearm and filed multiple shots at the victims,” Newsham said. “The five subjects in the suspect group then entered a black BMW with Virginia temporary tags and they fled the area. As the vehicle was fleeing, a second suspect fired multiple shots in the direction of the victims.”

Police responded to the scene at 11:16 p.m. Graves was transported to the hospital, where he died of his wounds. A second victim was evacuated by helicopter and is recovering. 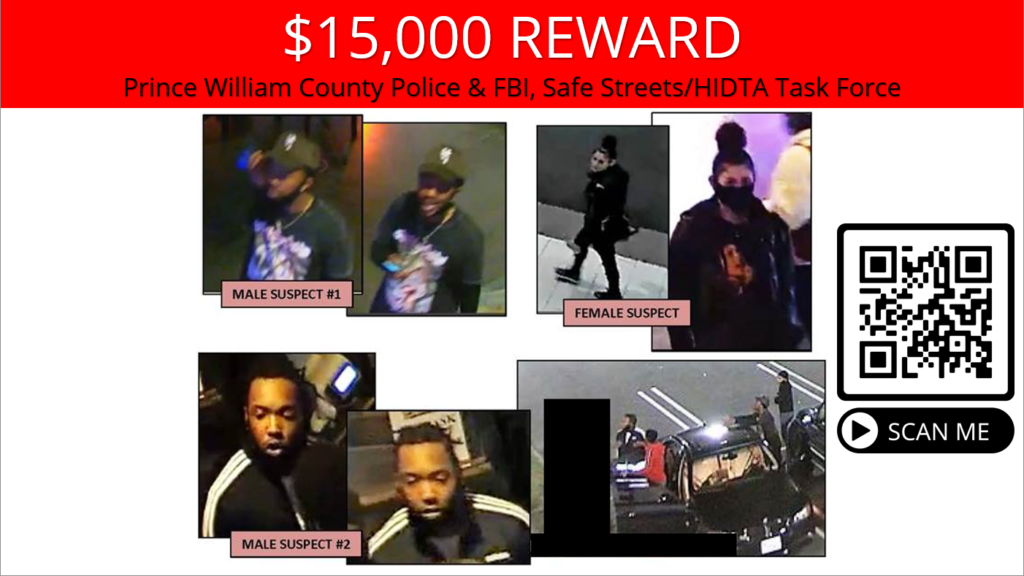 Surveillance footage can be seen below.

Graves was the father of three young children.

“On April 2, 2021, my son Jahmar Graves, Sr. was murdered,” mother Cheryl LouAllen said. “He was trying to defuse a confrontation when he was shot and killed. Jahmar was a brother, a grandson, an uncle, a nephew, cousin and friend. My son was in Virginia working to provide for his children. Now his children are fatherless.”

She made an appeal to “all the mothers and people who have lost loved ones to gun violence.”

“These people are dangerous. They have demonstrated they have no concern for human life. Please contact the police with any information you may have related to my son’s case,” LouAllen said. “Any information to prevent them from killing another person and stop them from hurting another family member. We need your help to bring these people to justice.”

Newsham said that when he met with LouAllen, she impressed upon him how she raised her children to do the right thing.

“Jahmar was known to dote on his three children, to provide support for those kids. And for those kids to unnecessarily … lose their dad is — it’s heartbreaking,” Newsham said.

Newsham said police are asking the five suspects to do the right thing and come forward.

LouAllen said she would encourage her son “to do the right thing and come forward” if the situation was reversed.

Tips can be submitted online or by calling Prince William County police at 703-792-7000.