A proposal to halt all residential rezonings in Prince William County was defeated at the Board of County Supervisors meeting Tuesday in a 5-3 party-line vote.
Listen now to WTOP News WTOP.com | Alexa | Google Home | WTOP App | 103.5 FM

A proposal to halt all residential rezonings in Prince William County was defeated at the Board of County Supervisors meeting Tuesday in a 5-3 party-line vote, with the board’s Democrats in opposition.

The resolution, proposed by Gainesville District Supervisor Pete Candland, would have created a 12-month study period to define land-use concepts like “equity in housing” and “environmental justice.”

In the meantime, a 12-month moratorium on residential or mixed-use rezonings would have been implemented and all county staff work on sector and small-area plans would’ve ceased.

Brentsville District Supervisor Jeanine Lawson and Coles District Supervisor Yesli Vega, the two other Republicans on the board, joined Candland in supporting the resolution. The board’s Democrats argued that the proposal wasn’t actually intended to advance the concepts it referenced, but instead was only meant to stop further residential development in the county for a year.

Citing rezonings and special use permits that had come before the board recently — like a rezoning to allow for a 516-home development near Devlin Road in Bristow, which passed, and a permit for an asphalt plant outside Manassas, which failed — Candland said the board had professed support for affordable housing and environmental justice without firmly creating definitions or standards for them.

“This board has already shown an interest in concepts such as equity in housing and environmental justice. … The one year deferral I’m seeking will give us the necessary time to define exactly what these concepts mean,” Candland said at Tuesday’s meeting.

But Candland also professed a general disapproval of the recent residential development that had taken place in the county, citing overcrowding in schools as a reason to pause further homebuilding.

The board’s Democrats said that was the real reason for the resolution: that Republicans wanted to put a blanket stop to development that should be allowed or not on a case-by-case basis.

The proposal followed Brentsville Supervisor Jeanine Lawson’s failed proposal to halt two small-area plans, including one impacting the historic Settlement neighborhood that drew some public comment opposition at the board’s last meeting in September. That resolution also failed along partisan lines, with the board’s Republicans in support of the stoppage and Democrats opposed.

“We saw Supervisor Lawson’s resolution not but a few weeks ago to stop the small area plans,” said Occoquan County District Kenny Boddye. “These long delays, frankly I feel like, hamstring us from actually doing our jobs, which is land use. I feel like this is a constant tactic that’s starting to be deployed.”

In asnwer to a series of questions posed by Boddye, Deputy County Executive Rebecca Horner said the county already had “good definitions” of a number of concepts related to equity and environmental justice, and that staff would soon be bringing a formal definition of “affordable housing” to the county for a vote.

“Staff is well on its way to presenting a policy and an ordinance on affordable housing to this board for approval,” said Woodbridge Supervisor Margaret Franklin. “… Any effort to defer the consideration of new residential housing plans harms the long term plans to revitalize my community and increase economic development in Woodbridge.” Franklin noted several proposals for mixed-use development in Woodbridge that are in the works.

Soon after Candland unveiled his proposal on Friday, the Prince William Chamber of Commerce came out in opposition, and on Tuesday, Chamber Director of Operations and Government Affairs Ross Snare used public comment time to urge the board to vote down the resolution.

In a statement after the vote, Chamber Chair-elect Gayle Whitlock said “this resolution would have had a devastating impact on the local economy at a time when businesses and individuals are already struggling because of COVID-19.”

Lawson said the Chamber was simply a “mouthpiece” for the home-building industry, and that the board’s Democrats were carrying water for the same industry, failing to live up to the values they expressed.

“Here we are … with no formal definition of affordable housing,” she said. “So I think that [the resolution] is a very good intent, because for years it’s just been given a bunch of lip service by former board members, and it’s tme to hit the breaks on any of these residential rezonings going forward.” 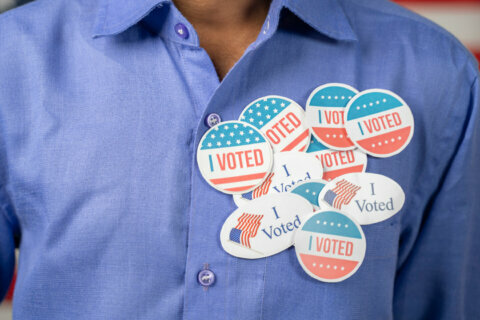