A Prince William County, Virginia, Circuit Court judge has thrown out a lawsuit claiming Democratic members of the Board of Supervisors violated the state’s open meeting laws by meeting in secret without inviting the board’s three GOP supervisors the day after riots in the wake of George Floyd’s death.

After a day-long hearing, in which all five Democratic supervisors on the board — Chair-at-Large Ann Wheeler, Victor Angry, Margaret Franklin, Kenny Boddye, and Andrea Bailey — took the stand, Judge Dennis J. Smith said, “I don’t have any credible evidence of that happening,” and granted the respondents’ motion to throw out the case.

The allegations — filed by Judicial Watch, a self-described conservative foundation, on behalf of three county residents — said after protests in the wake of George Floyd’s death turned into riots in the Gainesville section of the county, and Manassas, near Interstate 66,  five of the eight supervisors attended a meeting at police headquarters without notifying the GOP members or the public.

The suit said: “Virginia law prohibits any gathering of two or more members of the same public body if public business is transacted or discussed.”

While no board votes were taken, the plaintiffs alleged the supervisors gave the police department marching orders at the meeting.

The five supervisors were all present at a 1 p.m. gathering on May 31 held in the atrium of police headquarters, moderated by then-Police Chief Barry Barnard and then-Lt. Col. Jarad Phelps.

One main focus of the hearing was the description of the meeting. All five Democrat supervisors learned of the hastily-called community meeting from different sources, after police said they wanted to reach out to community members.

Kachouroff said none of the Republican supervisors — including Peter Candland, who represents the area where the disturbances occurred — were notified of the meeting. GOP supervisors Jeanine Lawson and Yesli Vega were also not invited to the community meeting.

”I don’t know the motive. Perhaps they wanted to show the community leaders they cared. Perhaps it was to pressure the police,” Kachouroff said.

Julia Judkins, representing Chair Wheeler, said the gathering was “a public forum,” rather than an event in which the supervisors would do “board business.”

Wheeler said shortly after midnight on May 31, she texted County Executive Christopher Martino, asking him to set up a meeting with Barnard and Phelps, to be briefed on the violence during the protests, which prompted the use of chemical agents to disperse the crowd.

After the start of the 1 p.m. meeting, Wheeler began texting colleagues and the county attorney to set up a 4 p.m. emergency meeting of the board to be briefed by police and discuss ways to prevent future violence.

Early on May 31, Martino texted Wheeler to say he had set up a 12:30 p.m. meeting for her with Barnard and Phelps and mentioned she might want to stay for a meeting with “a few community leaders.”

Wheeler — and the four other supervisors — testified they were surprised to find more than 50 people gathered in the police atrium, who had been told about a public forum by the county Citizen’s Advisory Board head and county NAACP president, Rev. Cozy Bailey, whose wife, Andrea, is one of the Democratic supervisors.

During the 1 p.m. meeting, supervisor Franklin recounted she had asked police whether irritants had been used the previous night.

Since the Board of Supervisors votes to fund the police department’s budget, Kachouroff asked her: “Can’t the board say, ‘We’re not going to support the purchase of tear gas?’”

Franklin said she wasn’t aware of whether the board could make such a determination.

As Kachouroff leaned into his suggestion that the board’s Democrats decided to meet privately, to capture momentum of ongoing Black Lives Matter protests targeting systemic racism, voices were raised and fingers were pointed.

As Kachouroff hypothesized the meeting was orchestrated by Democrats thinking: “Let’s get rid of the Republican slate,” Davis interjected.

”I don’t have credible evidence of that happening — the motion to strike is granted,” Davis ruled, throwing out the lawsuit. 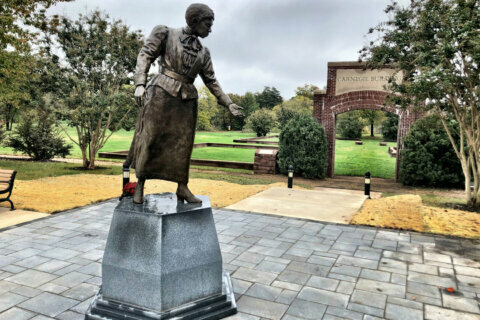 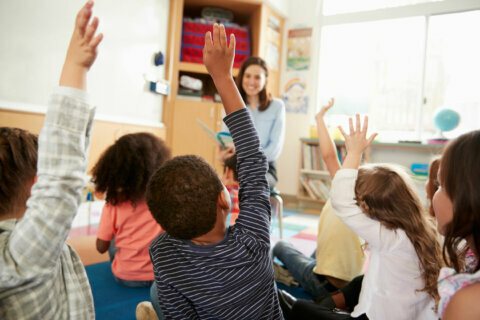