Prince William County Public Schools spokesman Phil Kavits said the man, 62, was struck when a bus was backing out of a service area at McCuin Operations Center around 7:30 a.m.
(1/3) 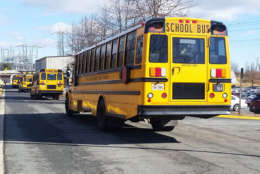 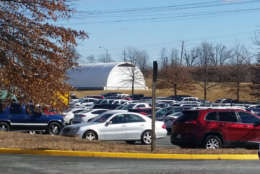 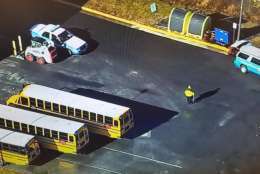 WASHINGTON — A Prince William County school bus driver is dead after he was struck by another school bus while standing in a lot in Bristow, Virginia.

Richard Lee Proffitt, 62, of Manassas, was struck when a bus was backing out of a service area at McCuin Operations Center around 7:30 a.m.

Proffitt was pronounced dead at the scene.

The other driver, a 60-year-old man, was not injured. Prince William County Police said in an update Monday morning they are still investigating the crash and no charges have been filed.

“This is very, very unusual,” said Prince William County Public Schools spokesman Phil Kavits. “I have not, in my nearly seven years here, heard of anything like this on the bus lot … or anywhere.”

There were no children on the bus at the time of the incident, Kavits said.

“It is a terrible day. And if you think about it, the individuals here have lost a friend, a colleague, and really a member of the family in some ways,” Kavits said.

“And this is a situation where they have to continue doing their job, and getting kids to and from school, so it’s very sad and very difficult for them.”

Kavits said that a team of counselors would be available to help workers at the center and at the affected schools to help students who knew the driver.