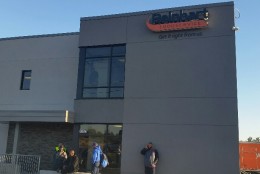 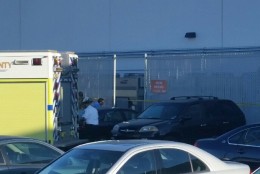 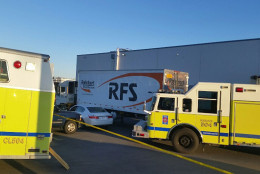 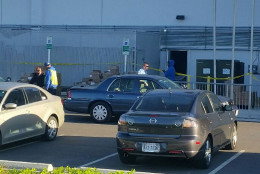 WASHINGTON — One person is dead and several others are injured after a storage rack collapsed at a Manassas business Tuesday afternoon.

Several people are hurt as a result of the collapse and a man has died. Officials have not released the identity of the man who died.

The shelves that fell in the freezer were approximately 30 feet high and 200 feet long, Jarman says. Frozen food stacked on the shelves fell on the workers, he adds.

Marcus Yates, a 27-year-old warehouse selector at Reinhart, was in the area at the moment the racks collapsed.

“Somebody screamed first and said ‘watch out,'” he says. “I had my back turned to the racks that fell. When I turned around and looked, all the racks were coming down in a domino effect … all the way down the aisle.”

It is not yet known what caused the rack to collapse, says Sgt. Jonathan Perok with the Prince William County Police Department.

“My [fork]lift is the only reason I didn’t get crushed as well,” Yates says. “My lift stopped the racks from coming down onto me.”

“All workers accounted for per the business management,” Jarman said in a statement.

Police are on the scene along with a building inspector and Occupational Safety and Health Administration.

Dario Davis, an order selector at Reinhart, says he is a friend of the man who was killed and rushed into the freezer to try and rescue his coworkers.

“Everybody was hysterical. We were trying to get everybody out of there.”

The man who died will be transported to the Medical Examiner’s Office for an autopsy.

WTOP’s Dick Uliano contributed to this report. Stay with WTOP.com for updates on this developing story.

Below is a map of the location of the business: 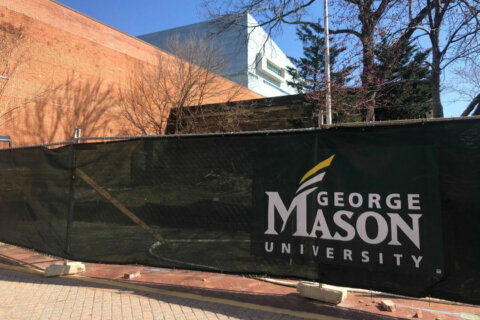