As many as 60 people are without a place to live and three are injured after a fire ripped through a Lanham apartment complex early Friday morning.
Listen now to WTOP News WTOP.com | Alexa | Google Home | WTOP App | 103.5 FM
(1/6) 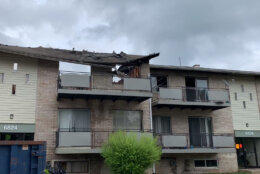 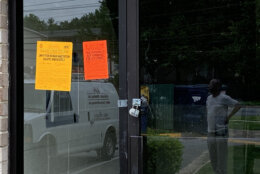 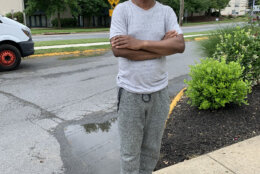 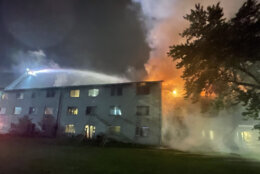 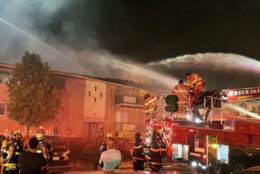 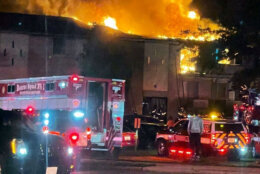 Several dozen people are without a place to live, and three are hurt, after a fire ripped through a Lanham, Maryland, apartment complex early Friday.

Just before 2 a.m., the Prince George’s County Fire Department came to the Lily Garden apartment complex on Riverdale Road, near Veterans Highway, to find flames pouring from the second floor.

One of the people who was hurt is a firefighter. The fire department told WTOP all the injuries are minor.

Olusegun Joseph, a resident of the building, was standing outside the burned-out apartment complex Friday morning as crews worked.

He told WTOP he was rescued by firefighters from his balcony with only his phone and the clothes on his back.

“I thought it was something minor, that, in no time the fire will be put out and everything will be under control,” he said. “It was a very terrible scent to behold. The fire gutted everything.”

Joseph said his father recently died and he was preparing to travel, but he lost all his belongings and documents in the fire. “Everything went down the drain in this inferno,” he said.

“I don’t know how I’ll get over this. It’s quite disheartening, he said, adding “But I thank God for my life. I’m alive.”

Another resident told WTOP News partners at NBC Washington that he had to jump out of a window to escape the flames.

The fire damaged three of the complex’s four buildings before crews were able to put it out.