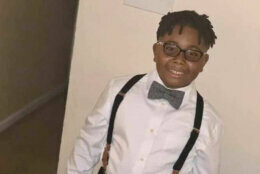 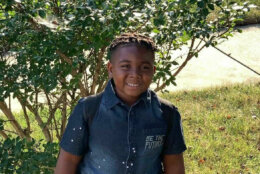 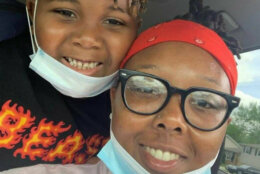 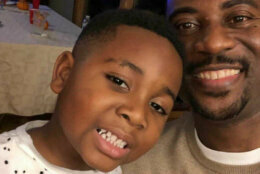 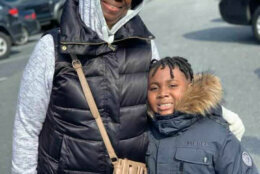 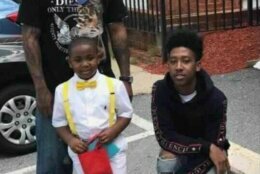 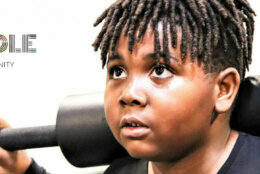 The uncle of an 8-year-old boy killed during a Landover, Maryland, shooting describes Peyton “P.J.” Evans as a fun-loving kid who played lots of football.

“When he came into this world, he was just ray of sunshine, very vibrant. Very fun to be around,” said Antoine Dotson, the boy’s uncle and godfather.

“He was a fun loving kid, very comical, but in a corny, comical way. He always made us laugh. He was a straight-a student as well.”

But his real passion was football.

“That is what he basically lived and breathed.”

He played both offensive and defensive lineman.

Dotson told WTOP that P.J. had just played a scrimmage game before he traveled to a family member’s home to enjoy “Taco Tuesday.”

“And he was basically at a family member’s house when the shooting started, and it is my understanding that he was sitting at the dining room table, eating tacos and playing video games.”

At 8:20 p.m., police said a white sedan pulled into an apartment complex, a man got out and started firing multiple rounds into the apartment building. A bullet broke through the glass door and immediately hit Evans in the head.

“So for this senseless act to have happened, he didn’t deserve this. No child deserve this, especially an 8-year-old,” Dotson said.

“My family right now, we are going through an emotional time right now. And it’s very overwhelming because nobody wants to bury anyone, but it is emotionally troubling because we have to bury an eight-year-old child.”

Dotson said PJ’s mother, Tiffani Evans, is doing well despite the tragedy. Dotson said the family and community have showered her with love and support.

“I just want the community to know that my sister appreciates all the outpouring of love and support that she has been receiving. And we just want to say thanks to everyone,” Dotson said, as he fought back tears.

According to Dotson, there are plans to set up a foundation in P.J.’s name. It would donate the funds to the things the child loved most, like the Boys and Girls Club and youth football teams all across the region.

Dotson said the Prince George’s County Police Department has offered the family support. Police Chief Malik Aziz visited Tiffani Evans at the hospital the night of the shooting. According to Dotson, Aziz told her, “There is going to be no stone left unturned until justice is brought.”

Dotson also shared a message for the shooter, who is still at large:

A $25,000 reward is available to anyone that has information that leads to an arrest or indictment. 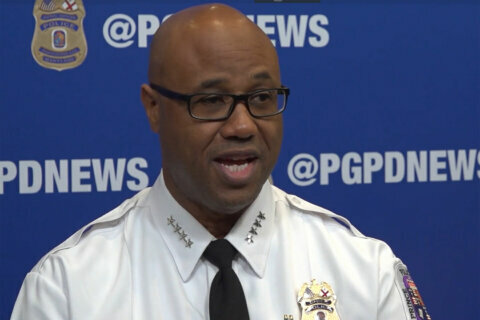 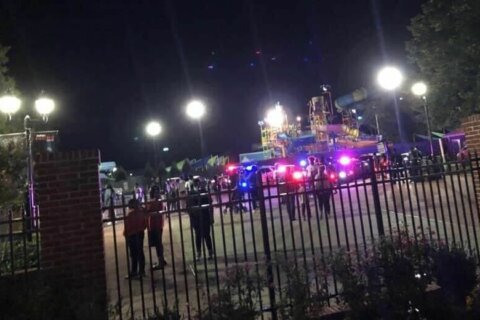