What’s bright orange, has a restaurant’s name on it, has been missing since it was stolen last April, and can make delicious pizza?

It was nabbed last year from the restaurant’s Hyattsville, Maryland, location. Recently, staffers were told by a client that she’d spotted the mobile oven — a bright orange-tiled domed structure reminiscent of a beehive — being towed along University Boulevard in Wheaton. She knew it belonged to Pizzeria Paradiso because it had the restaurant’s name spelled along the top.

That news prompted Pizzeria Paradiso founder and owner Ruth Gresser to put the word out: Help locate the boosted oven and get a pizza party, and maybe a selection of beer, in return.

“If the oven’s found due to anyone’s tips, we will be throwing them a pizza party using the oven, as long as the oven’s still in one piece,” Jeremy Boula, director of operations at Pizzeria Paradiso, said with a laugh.

Boula explained that the theft of the oven came just as the pandemic worsened in spring 2020 — and the restaurant’s plans to use it as a mobile food distribution tool were foiled. Instead, the restaurant chain offered food to communities from its brick-and-mortar locations.

Boula said there are few clues as to who took the oven, which was sitting on its trailer at the time it was stolen.

There was some security video that showed a person hooking the oven’s trailer up to a pickup truck. That footage was turned over to police, Boula said. But from there, the trail went cold.

“There was no trace of it,” said Boula, who explained that police checked security footage from other businesses in the area. “They couldn’t really piece anything together enough to go after it.”

The oven itself is hefty, a 3,000-pound, custom-made piece of equipment that represented a sizeable investment by the restaurant, just as the business was taking a beating because of COVID-19.

The restaurant’s motto has always been “Eat your pizza. Drink your beer,” and Boula said that continues to be good advice. “That’s what we do. We serve great pizza and delicious beer.

If the oven is returned, it will be fired up to spread the joy to those who help bring it home.

Few things “can bring you as much joy as a nice pizza and a cold beer,” Boula said.

Pizzeria Paradiso has a number of locations in D.C. in Dupont Circle, Georgetown and Spring Valley, along with the restaurant in Hyattsville. 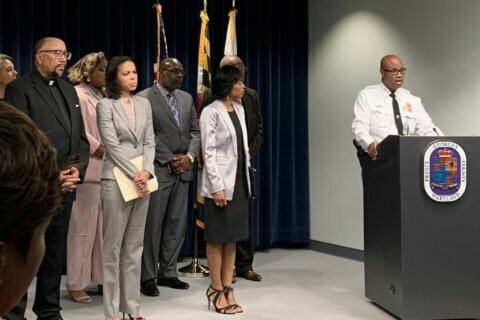