The mayor of District Heights, Maryland, has been sentenced to a weekend in jail after his conviction for misconduct.

Mayor Eddie Martin was convicted in November on a charge of misconduct in office for using his influence to help a friend buy $50,000 in Class B and Class C fireworks from Wayne’s World Fireworks, an Indiana company, in June 2017.

Those fireworks can only be bought by someone with a federal explosives license. Martin used city letterhead to authorize the purchase of the fireworks, saying they were to be used on behalf of the city, which would exempt them from the law. But they were for his friend’s private use.

Martin was sentenced Tuesday to two years in prison with all but one weekend suspended.

He was also placed on supervised probation for five years and was ordered to pay more than $22,000 in restitution.

The Washington Post reported last week that Martin had been suspended.

In a statement released by the Maryland State Prosecutor’s Office, an agency that deals specifically with political corruption, prosecutor Charlton T. Howard III said, “Mr. Martin abused the trust of the residents of District Heights and the privileges of his office. He has now been held accountable.”

District Heights is a small city in Prince George’s County with a population of about 6,000. 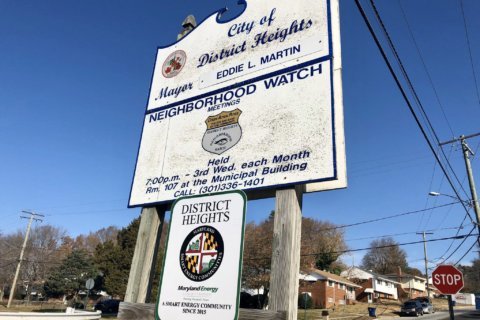