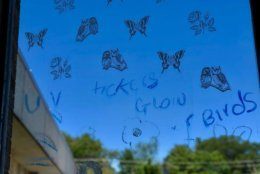 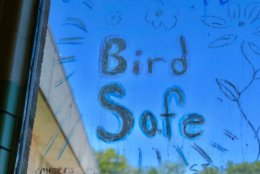 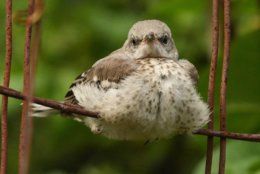 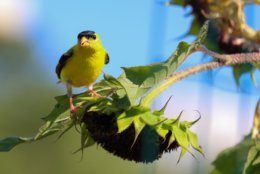 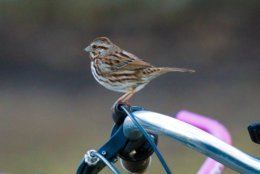 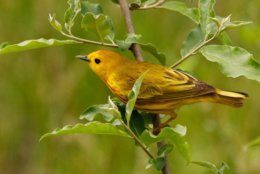 Even before the study that showed North America’s bird population has plunged by 3 billion since 1970, students at one Prince George’s County, Maryland, school were busy saving their feathered friends.

Montpelier Elementary School Principal Carla Furlow explained students were behind the creation of “bird safe windows” at the school. They saw a problem, Furlow said, and brainstormed ways to solve it.

When a bird crashed through a window last year, “The children were very upset,” Furlow said. They wanted to learn what they could do to prevent something like that from happening again, and they learned about how creating “bird safe windows” could prevent collisions.

It is estimated that up to a billion birds may be killed by collisions with glass in the United States every year, according to the American Bird Conservancy.

The conservancy’s website explains that placing tape on glass in a vertical pattern, with 4 inches between each strip, helps birds avoid crashes. It even recommends something as simple as using tempera paint on windows. The patterns break up the surface that birds otherwise mistake for sky.

“We decided to write on the windows or put striped tape down, and that’s been helping. And the kids always make sure it’s up there,” Furlow said.

“It is working! No more casualties, we’re glad to report,” she said.

The school also did something else that helps bird populations: The garden they planted includes native species. That is something that Dr. Peter Marra, director of the Georgetown Environment Initiative at Georgetown University, said can help birds facing habitat loss.

Marra is one of the authors of the study released on Thursday, and said that despite the loss of bird populations, there is the potential for recovery with actions as simple as those students and staff at Montpelier Elementary School had been taking on their own.