After the Supreme Court ruled Thursday that the Peace Cross can continue to stand on public land in Maryland, many were overjoyed with the decision, including Maryland Gov. Larry Hogan and Bladensburg Mayor Takisha James.

A ruling by the U.S. Supreme Court on Thursday allows Bladensburg, Maryland, to keep the Peace Cross on public land as a war memorial, but work by interested parties in the community continues on multiple fronts.

“Uncertainty of what was going to happen to the Peace Cross has been really nagging at us,” Prince George’s County Council member Jolene Ivey said. The monument needs repairs but restoration efforts have been put off pending the court ruling.

In an important decision about the use of religious symbols in American life, the Supreme Court ruled Thursday that the World War I memorial cross can continue to stand on public land in Maryland. 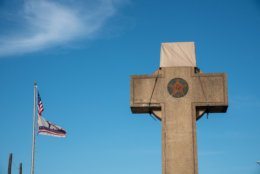 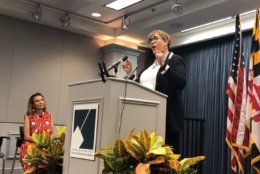 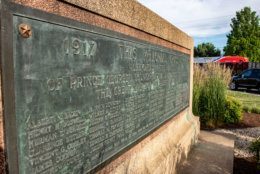 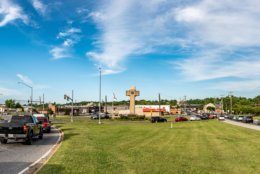 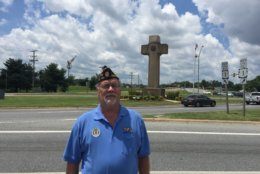 Many were overjoyed with the court’s 7-2 decision, including Maryland Gov. Larry Hogan, who called the ruling a “great victory,” according to The Associated Press; and Bladensburg Mayor Takisha James.

James said that she was unsure which way the justices’ decision was going to go, and she is grateful that they agreed with the cross’ supporters.

“It’s important to residents of Prince George’s County because it honors heroes who served in World War II who are from our community. And so regardless of the shape of it, it was for their honor, and we don’t want to see it coming down,” James said.

Now that the monument’s future is certain, work can begin.

“If you were to drive past it right now, you would see there’s a piece of fabric over the top to protect it,” Ivey said. However, she said it’s unclear how long it will take because the historic landmark will require specialized attention.

The Peace Cross was built in 1925 and accepted into the National Register of Historic Places on Sept. 8, 2015. It was designed by architect John J. Early, who used a unique concrete casting method to create it.

Helping preserve the monument in public space is a victory for the area’s past and future according to the chair of the group that took the case to the Supreme Court.

“On behalf of the Maryland-National Capital Park and Planning Commission and our 900,000-plus residents in Prince George’s County, I am elated with the decision of the Supreme Court,” M-NCPPC Chair Elizabeth Hewlett said.

The Peace Cross initially was built to honor Prince George’s County veterans who were killed in World War I, and in over 94 years it has evolved into a community gathering place on Veteran’s Day, Memorial Day and the Fourth of July. Hewlett said that is worth preserving.

Phillip Holdsclaw, who is a former commander of American Legion Post 131 in Colman Manor, said that the cross has always been a veterans’ memorial. The American Legion in Hyattsville commissioned the building of the memorial, and it was erected in 1919.

A lawyer for the American Humanist Association told The Associated Press that the organization was disappointed with the court’s decision and the ruling is “very limited” and “could have been a lot worse.”

Renee Green, who produced the documentary “Save the Peace Cross,” called the lawsuit frivolous. “The American Humanist Association and the rest of the people should just realize how ridiculous they’ve been.” Why some religious groups want to see the Peace Cross removed