The justices have ruled that its presence on public land doesn't violate the First Amendment's establishment clause. That clause prohibits the government from favoring one religion over others.

WASHINGTON (AP) — A 40-foot-tall, World War I memorial cross can continue to stand on public land in Maryland, the Supreme Court ruled Thursday in an important decision about the use of religious symbols in American life.

The justices said preserving a long-standing religious monument is very different from allowing the building of a new one. And the court concluded that the nearly 100-year-old memorial’s presence on a grassy highway median doesn’t violate the Constitution’s prohibition on the government favoring one religion over others. Seven of the court’s nine justices sided with the cross’ backers, a lineup that crossed ideological lines.

The case had been closely watched for its potential impact on other monuments. Defenders of the cross in Bladensburg, a suburb of the nation’s capital, had argued that a ruling against them could doom hundreds of war memorials that use crosses to commemorate soldiers who died.

But the case was also seen as an indication of how far the court’s conservative majority would be willing to go in approving of religious symbols in public life. In the end, a majority of the justices signed on to a relatively narrow ruling, declining to go as far as they had been urged to by some of the cross’ defenders.

Justice Samuel Alito wrote in a majority opinion for himself and four colleagues that “when time’s passage imbues a religiously expressive monument, symbol or practice with this kind of familiarly and historical significance, removing It may no longer appear neutral.”

“A government that roams the land, tearing down monuments with religious symbolism and scrubbing away any reference to the divine will strike many as aggressively hostile to religion,” Alito wrote

Alito also wrote that the Maryland cross’ connection to World War I was important in upholding it because crosses, which marked the graves of American soldiers, became a symbol closely linked to the war.

Two of the court’s liberal justices, Stephen Breyer and Elena Kagan, both of whom are Jewish, joined their conservative colleagues in ruling for the memorial, which on its base lists the names of 49 area residents who died in World War I.

Justice Ruth Bader Ginsburg and Justice Sonia Sotomayor dissented, with Ginsburg writing that “the principal symbol of Christianity around the world should not loom over public thoroughfares, suggesting official recognition of that religion’s paramountcy.” Ginsburg read a summary of her dissent in court, a way of expressing deep disagreement. Ginsburg is the only other justice on the court who is Jewish. The others are Christian.

In all, seven justices wrote to explain their views in opinions that totaled some 80 pages, an indication of the depth of feeling the case provoked but also differences in the justices’ positions.

Monica Miller, the lawyer who argued on behalf of the American Humanist Association at the Supreme Court, said after the decision was announced that while the organization was disappointed, the ruling is “very limited” and “could have been a lot worse.”

Two justices, Neil Gorsuch and Clarence Thomas, said they would have thrown out the lawsuit by the cross’ challengers altogether. Gorsuch wrote that people offended by religious displays shouldn’t be able to sue over them. Gorsuch wrote that in “a large and diverse country, offense can be easily found” and that the answer shouldn’t be a lawsuit. He pointed out that many Washington buildings including the Supreme Court include religious symbols in their decoration.

The cross’ defenders included the American Legion, which raised money to build the monument, Maryland officials who took over maintenance of the cross nearly 60 years ago and the Trump administration.

Maryland Gov. Larry Hogan, a Republican, also praised the ruling in a statement as a “great victory.”

In the past, similar monuments have met with a mixed fate at the high court. On the same day in 2005, for example, the court upheld a Ten Commandments monument on the grounds of the Texas Capitol while striking down Ten Commandments displays in Kentucky courthouses. The setting of the Texas monument among many other monuments was important to the case’s outcome, while the displays in Kentucky courthouses were struck down because they were seen as having a religious purpose. Breyer, who voted to uphold the Maryland cross, was justice whose vote was central to both Ten Commandments cases. 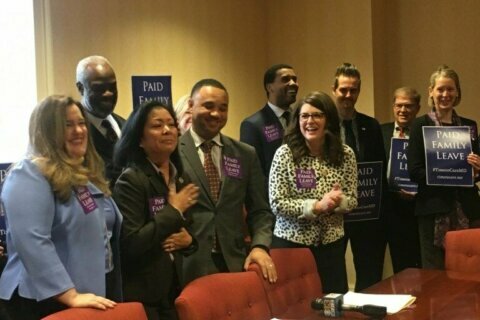 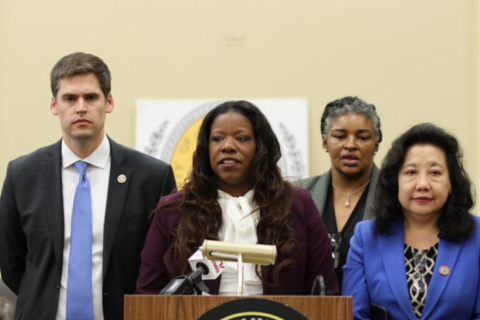