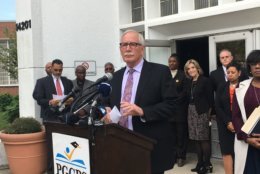 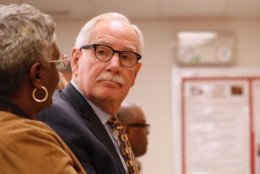 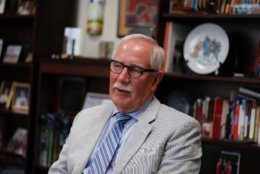 WASHINGTON — Kevin Maxwell is stepping down as the chief executive officer of the Prince George’s County Public Schools.

Maxwell is “transitioning from the county,” school system spokesman John White told WTOP Tuesday. Maxwell told WTOP’s news partner, NBC Washington, that his transition will begin at the end of the school year. No firm timeline has been given, but Maxwell said in a letter to workers, parents and community members that he wants “to ensure a smooth transition for the 2018-2019 academic year.”

Maxwell said in the letter that “we celebrated many achievements, expanded program offerings and drew many families back to our schools,” but that,”The numerous distractions that have occurred over the course of this school year are unlike anything I’ve experienced in four decades of working in public education.”

The move comes in the wake of a number of scandals in the school department, including the discovery of unauthorized raises to staff members, a hidden camera found in a school’s administrative office and charges of grade manipulation caused by pressure on administrators to hit graduation goals.

About six months ago, an independent audit found that one in four Prince George’s high school graduates over the past two years may not have met requirements.

Maxwell said in the letter that that “It is clear that whoever becomes the next County Executive plans to make a leadership change.”

“Now it’s time for the county to put a leader in place who will restore citizens’ broken trust in the administration of the school system,” she said in an email to WTOP.

Maxwell, a former principal at Northwestern High School, in Hyattsville, was appointed by Baker in 2013. He was reappointed in 2017; at that time, the school system had been rocked by the arrest and prosecution of a former school volunteer accused of sexually abusing students and generating child pornography on and off school grounds. That man, Deonte Carraway, recently pleaded guilty to federal charges. He faces hundreds of counts in the state judicial system.

Tuesday afternoon, Ben Jealous, a former president and chief executive officer of the NAACP who is running against Baker for governor, said in a statement, “Kevin Maxwell’s departure is long overdue and should’ve happened sooner if only Rushern Baker had had the courage to fire him. Maxwell’s departure does not resolve legitimate questions about Baker’s lack of leadership in responding to scandals that have eroded trust in the county’s school system.”

Muse said in a statement, ““Today we begin a new chapter for Prince George’s County Public Schools. Though it should have come much sooner, I welcome the resignation of PGCPS CEO Kevin Maxwell. Students, parents and educators deserve a school CEO they can trust.”

WTOP’s Kate Ryan, who has covered the Prince George’s County schools for years, said Tuesday afternoon that Board of Education member Ed Burroughs, a longtime critic of Maxwell, told her he hopes they’ll get an interim CEO quickly before beginning the search for a permanent successor.

She added that Baker, the county executive, was “the staunchest of defenders of Maxwell,” his choice for the job when he got control, through legislation of the process of appointing a CEO.

Baker is running for governor; his opponents in the Democratic primary are anxious to point out problems in the system. “This is extremely political,” Ryan said.

Maxwell grew up in Prince George’s County and attended the public schools beginning in third grade. “He gave some hometown pride to a county that has taken it on the chin in a number of ways,” Ryan said. She listed among his accomplishments the development of programs to match kids to college programs and career tech.

“In some ways, at least academically, there has been progress,” she said. 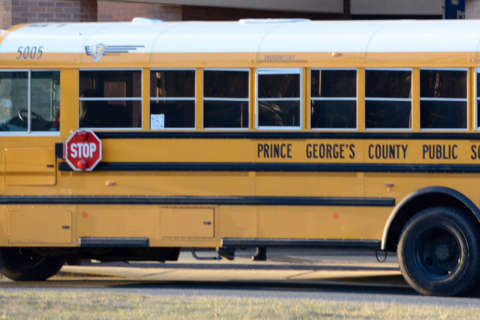