The Prince George's County Sheriff's Office has announced plans to put body cameras on all 264 of its deputies. The office is starting the rollout with deputies in its domestic violence unit.
Listen now to WTOP News WTOP.com | Alexa | Google Home | WTOP App | 103.5 FM

UPPER MARLBORO, Md. — They may be associated with legal paperwork and courthouse security, but sheriff’s deputies can also be thrown into some of the most volatile situations faced by law enforcement.

Because of the high-stakes interactions, some are now getting body cameras.

The Prince George’s County Sheriff’s Office announced it plans to put body cameras on all 264 of its deputies, starting with those in the Domestic Violence Unit, which responds to 911 calls about domestic violence in parts of the county.

“The most difficult, challenging call that an officer responds to is a domestic violence call,” said Prince George’s County Sheriff Melvin High. He said he wanted to equip deputies with the cameras “so that we have ultimately the best view, the best evidence, of what transpired in that circumstance.”

Deputies’ other duties include serving criminal warrants and dealing with evictions and child support payments.

The goal is for all county deputies to have the devices by June of next year.

“We have 150 cameras but we’re going to slowly get them rolled out,” said Lt. Brian Endlich, who leads the office’s training division. “So the most important part for us now is to train every single deputy on how to use the camera.”

He said a new policy dictates that cameras must be turned on during calls for service and while serving court orders. Deputies can also choose to turn cameras on in other situations; the camera is always active and will save the 30 seconds of video it captured prior to the record button being pressed.

“I like to believe that our deputies are already interacting in the most appropriate way,” Endlich said, “but I think it’s going to heighten deputies and it’s also going to heighten citizens,” who may behave differently when they see they’re being recorded.

While the cameras are not a cure-all, they are an important tool for building trust, High said. “I want to make sure that the community understands that we’re open, we’re transparent, and so we don’t mind saying ‘look at us.'”

County Executive Rushern Baker echoed the sheriff’s remarks. “How do you want to build community trust? You bring the community in. When you make mistakes you admit it,” he said.

The sheriff’s office works alongside Prince George’s County police. The police department says the testing phase for a body camera program for its much larger force of 1,700 officers is complete, and that it now is working on a “phased implementation” of the cameras. 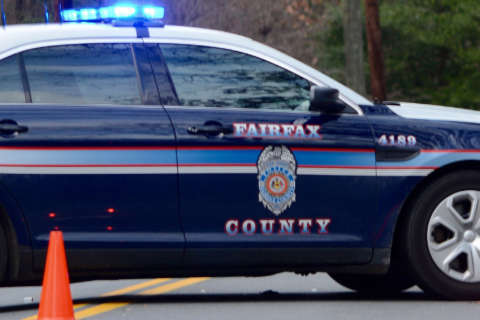