Authorities teaming up this weekend to stop any illegal ATV, dirt bike riders

Lawbreakers will be cited — and if necessary, their vehicles will be confiscated.

People who illegally ride ATVs and unlicensed dirt bikes on roads and highways have been a problem throughout the region in recent years.

“We will not tolerate this sort of dangerous and reckless behavior,” Hunter said.

Prince George’s County officers recently received a type of tire-deflation device that they didn’t have before.

The Barracuda Stop Stick can be placed in a rider’s path to poke holes in their tires and stop them safely.

“It doesn’t pop or explode the tires,” Hunter said. “It is a controlled stop.”

The sticks can also be used as a kind of barrier or deterrent.

“Potentially to try to prevent them from going in an area that is super-dangerous, such as a place like the National Harbor, where we have seen them go up on sidewalks and cause a serious safety threat to shoppers and residents that are in that area,” Hunter said. 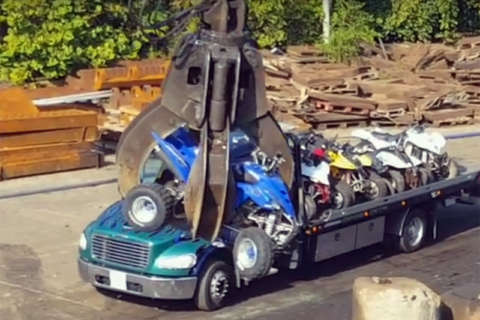