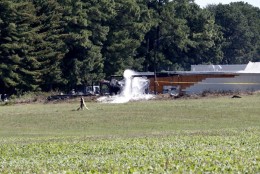 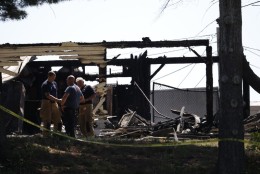 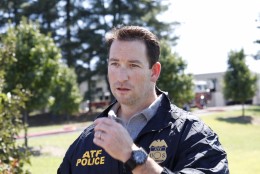 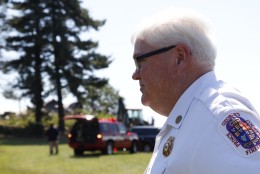 WASHINGTON — A fire broke out at the U.S. Department of Agriculture facility in Prince George’s County Tuesday morning, damaging a wooden structure and some vehicles.

The two-alarm fire began around 10 a.m. at the USDA campus in Beltsville, Maryland. The fire was in a wooden structure Prince George’s County Fire and EMS spokesman Mark Brady referred to as a on-story, 300-foot-long shed.

Several vehicles inside the shed were damaged in the blaze. There were no injuries, he added.

Fire crews extinguished the blaze in about 45 minutes. Investigators have not yet released details about what caused the fire.

There is no indication that the fire was a criminal act and there was no unauthorized access to the area, said Bureau of Alcohol, Tobacco, Firearms and Explosives spokesman David Cheplak. ATF investigators often investigate large fires and fires at federal facilities.

Video from the scene shows smoke billowing from the building as firefighters douse the blaze from a ladder atop a truck.

The fire was on Powder Mill Road, which closed between the Baltimore Washington Parkway and Edmunston Road during the fire fight.

Last week, the Department of Agriculture closed offices in five states  — including the Beltsville office — after receiving anonymous threats that raised concerns about the safety of USDA personnel and facilities, said USDA spokesman Matthew Herrick. The offices reopened Aug. 31.

It’s not clear if the fire was in any way connected to the threats.

Below is a map with the location of the fire: