UPPER MARLBORO, MD. — A former police officer who was found guilty of holding his gun to a Prince George's County resident's head to intimidate him will serve five years in prison without the chance of parole for his actions.
Listen now to WTOP News WTOP.com | Alexa | Google Home | WTOP App | 103.5 FM

UPPER MARLBORO, Md. — A former police officer who was found guilty of holding his gun to a Prince George’s County resident’s head to intimidate him will serve five years in prison without the chance of parole for his actions.

The sentence was the mandatory minimum that former Prince George’s County officer Jenchesky Santiago could have been given. He faced up to 45 years behind bars. He was convicted in December of first- and second-degree assault, use of a handgun during a crime of violence, and misconduct in office.

Santiago’s actions were captured on cellphone video, which was a key piece of evidence at his trial.

The incident happened in 2014 after Santiago, while on patrol, approached a car that he claimed was illegally parked in a Bowie neighborhood. When a passenger in that car tried to walk off to his home, Santiago ordered him back into the car, pulled his weapon when the man refused, and dared the man to a fight. He can be seen on video holding his gun up to the victim’s face.

Before handing down the sentence, Judge Dwight Jackson called the case “sad on a lot of levels” and said there were “no winners … only losers.”

Jackson, the son of a police officer, told Santiago “you have diminished them and what they do.” He speculated that Santiago was “perhaps bored, or perhaps wanted to show off” to two friends whom he had brought on an unauthorized ride-along that day.

The judge also heard at times tearful statements from Santiago’s mother, sister and fiancee, who described him as a caring, loving person devoted to his two young children. Jackson later said, “The person who is here to be sentenced bears no resemblance to the person they know.”

Prosecutors also accused Santiago of not taking responsibility for his actions. In a recorded phone conversation from jail, Santiago “described the fact that not only was he not remorseful and had no intention of apologizing in this case,” said Angela Alsobrooks, the state’s attorney for Prince George’s County, “but still believed even after this case that he was owed an apology from the victim.”

“It kind of didn’t sit well with me to hear that he was not apologetic, or had no remorse,” said victim William Cunningham outside the courthouse. “I did think that he may shoot me, or my life may have been in jeopardy.”

Santiago, now 26, was fired from the police department on Dec. 18. His lawyer said he also expects Santiago to be dishonorably discharged from the Navy, where he serves as a reservist. 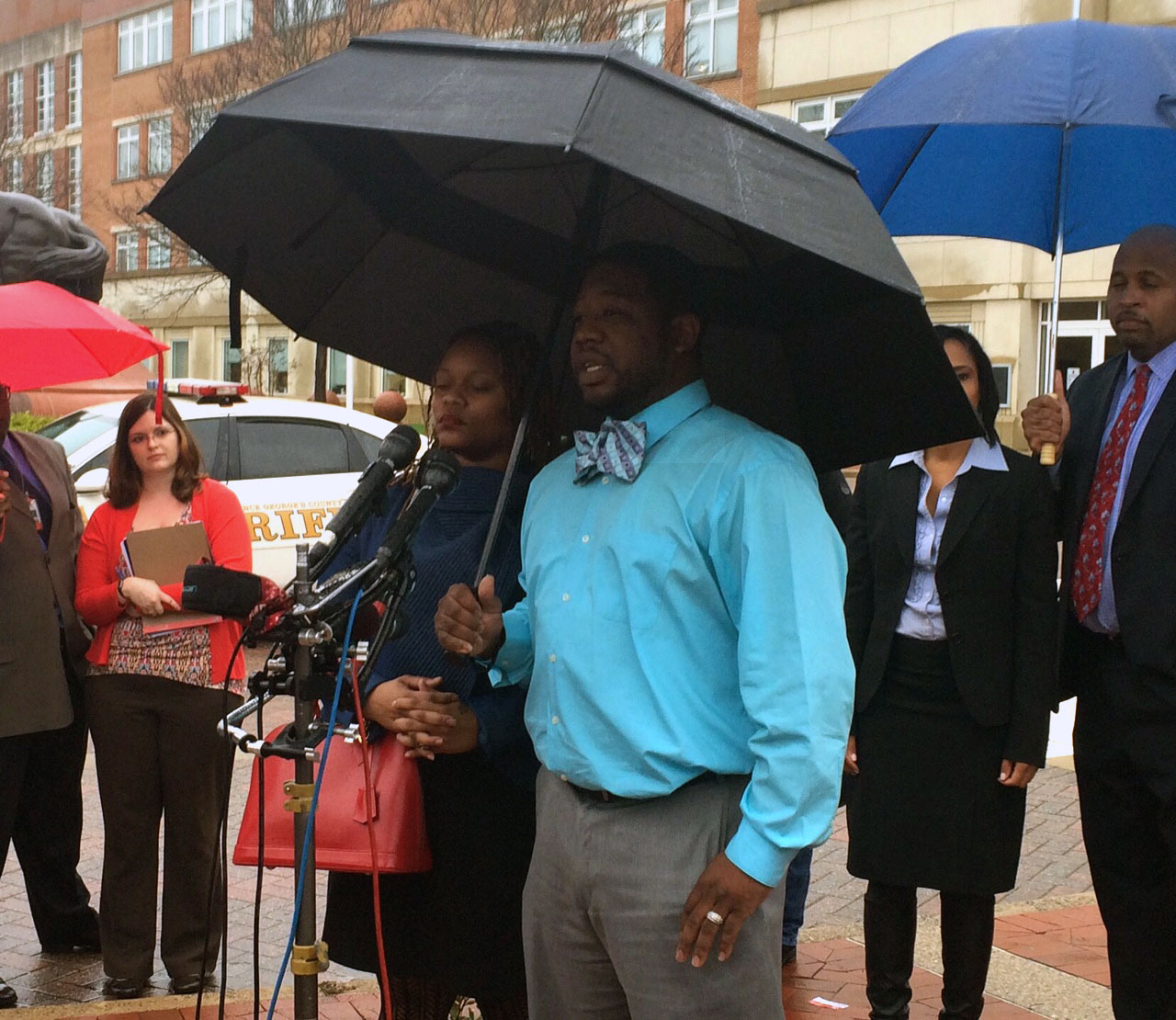