WASHINGTON — A Prince George’s County police office was found guilty on assault and other charges Wednesday after a cellphone video captures him pointing a gun at a Bowie resident’s head more than a year ago.

Officer Jenchesky Santiago, a three-year veteran of the department, has been found guilty on charges of assault, the use of a firearm in a crime of violence and misconduct in office. The charges carry a mandatory minimum of five years in prison.

Santiago will be sentenced in January.

In May 2014, prosecutors say that while patrolling a Bowie neighborhood, Santiago approached a car which he claimed was illegally parked. William Cunningham testified on Tuesday that he and his cousin were sitting in a car parked on the street outside of Cunningham’s home.

The cellphone footage, which police released after the trial, shows Santiago pointing his department-issued handgun to Cunningham’s head and repeatedly yelling at him to get back into his cousin’s vehicle.

Prosecutors argued Santiago acted like a “cowboy” and was trying to show off to two friends whom he had brought on an unauthorized ride-along that day.

Santiago testified he held the gun up to within an inch or two of Cunningham’s face because he was in fear of being attacked. Santiago said the neighborhood is known for drug activity and the presence of two people sitting in a car with tinted windows made him suspicious. His lawyer argued this was a “lapse in judgment” by a “fairly green officer”.

Cunningham was neither arrested nor charged with a crime.

“I don’t think we would be here today” if it were not for his cousin recording the video, Cunningham said.

He says he “never came into this with any malicious intent” and simply wanted to justice and accountability. 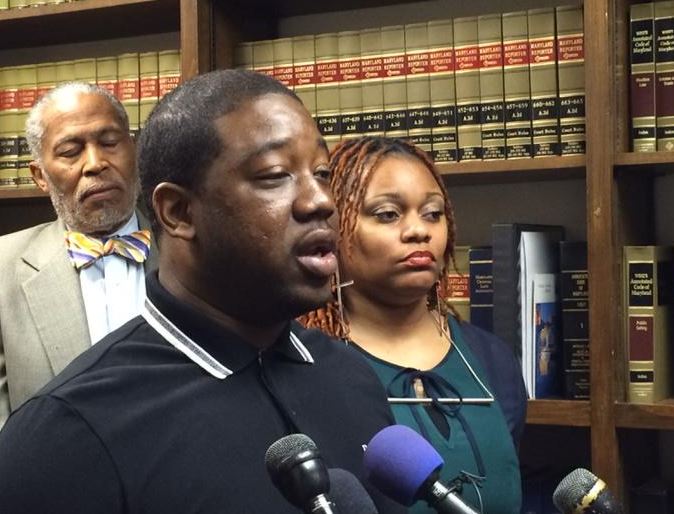