The St. John’s roster is loaded with top college prospects sifting through their scholarship offers. But one of the Cadets’ most important players has yet to receive one scholarship offer. Coach Pat Ward calls quarterback Wyatt Hagan “the most underrated player in the DMV.”

While college recruiters have yet to make a strong pitch to Hagan, opposing defense are well familiar with the 5-foot-11 tall, 185-pound senior.

This past Sunday, Hagan took one last chance to demonstrate his skills, completing 15 of 28 passes for 233 yards and four touchdowns as the undefeated Cadets beat Good Counsel, 30-14, to win the Washington Catholic Athletic Conference championship.

“He has that moxie,” Ward said. “He’s a tough, hard-nosed kid who competes his tail off every day.”

It is that effort, Ward said, that helped Hagan enjoy a successful season, leading the Cadets to an 11-0 record.

Hagan completed 145 of 222 passes for 2,280 yards and 24 touchdowns with just three interceptions — which Ward hopes college recruiters will notice, even though the competition for scholarships has grown stronger, given the emergence of the NCAA transfer portal and the extra year of eligibility provided to recruits for the 2020 season that was disrupted by the pandemic.

“Wyatt is underappreciated,” Ward said. “He’s not the most heralded guy, but he is super important to our team.”

Chesapeake RB-LB Victor Listorti rushed 36 times for 141 yards and one touchdown and made five tackles on defense with one sack as the Cougars beat Atholton, 27-0, in a Maryland 3A quarterfinal.

Bell WR-DB Dajuan Samuel rushed for one touchdown and intercepted a pass on defense as the Griffins beat Coolidge, 10-0, to win the DCIAA Gravy Bowl.

Frederick RB Taejon Anderson rushed 45 times for 300 yards and four touchdowns as the Cadets rallied from a 10-point halftime deficit to beat Franklin, 49-38.

Oakland Mills QB Kanye Holland threw one touchdown pass and ran for a 52-yard touchdown as the Scorpions beat Owings Mills, 22-14, in a Maryland 2A quarterfinal.

Broad Run WR-DB Arnav Thornhill caught 12 passes for 169 yards and on defense made five tackles (one for loss) and recovered a fumble as the Spartans beat Loudoun County, 24-19, in a Virginia 4A Region C second-round game.

Northwest QB-DB Darius Lorfils rushed for three touchdowns as the Wildcats beat Paint Branch, 33-26, in a Maryland 4A quarterfinal.

Douglass RB Vincent Oliver rushed 19 times for 280 yards and three touchdowns as the Eagles beat Kent Island, 20-14, in a Maryland 2A quarterfinal.

Battlefield WR Braden Boggs caught seven passes for 193 yards and two long touchdowns as the Bobcats remained undefeated with a 48-13 win over Osbourn in a Virginia 6A Region B semifinal.

Meridian RB-TE-DB Graham Felgar rushed 10 times for 25o yards and two touchdowns, caught two passes for 26 yards and one touchdown and on defense made seven tackles, recovered a fumble and returned an interception 52 yards for a touchdown as the Mustangs beat Goochland, 40-21, in a Virginia 3A Region B second-round game.

Lackey RB Jamari Somerville rushed 14 times for 196 yards and three touchdowns, including a 98-yarder, as the Chargers beat Elkton, 58-28, in a Maryland 2A/1A quarterfinal. 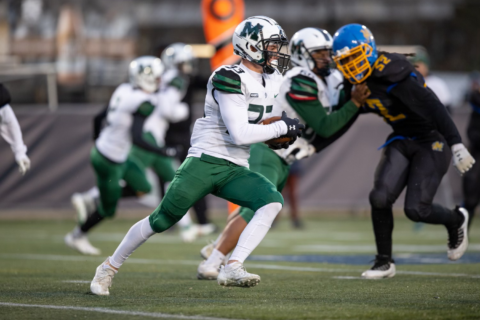 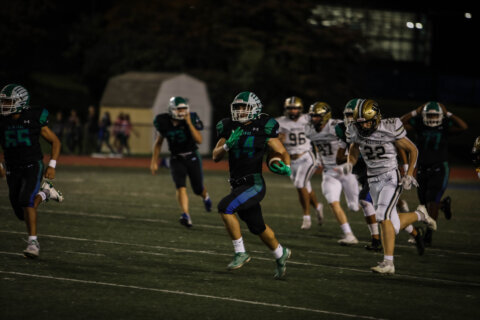 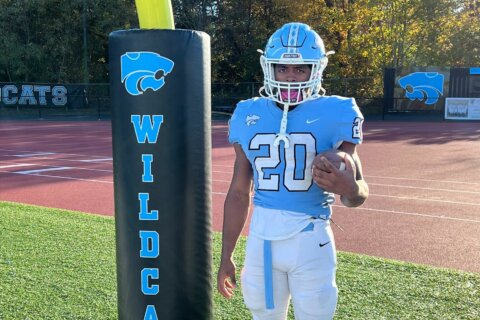