Last spring when then-freshman Tyler Payne was promoted to varsity to run the scout team toward the end of the abbreviated season, he made an immediate impression on Woodgrove High School coach Derek Barlow.

“Oh my god, I should have brought this kid up earlier,” Barlow said. “He was shredding our defense.”

Still, as the Wolverines gathered for preseason practice last month, Payne was third on the depth chart, perhaps playing some wingback in Woodgrove’s spread single-wing offense. While his athletic talent was obvious, Barlow required younger players “to earn their stripes.”

Fortunately for the Wolverines, it did not take long for Payne to show he belonged and this past weekend — he led Woodgrove to a comeback from a 20-point deficit to remain unbeaten.

Payne completed 14 of 26 passes for 230 yards and a school-record five touchdowns, including the game-winning 70-yarder to Alec Hughes on fourth down with less than two minutes remaining, as the Wolverines pulled out a 50-47 victory over Forest Park. For his efforts, Payne was named the Military Bowl DC Touchdown Club High School Football Player of the Week.

“He came into camp and won the job,” Barlow said. “We haven’t had to water anything down for him. He just does a good job managing the game and when we need to throw, he’s smart and extends the pocket with his feet. He just has that knack — ice water in his veins, which makes the whole offense run.”

Woodgrove (2-0) has a certified standout in running back Price Williams, who has committed to play for Princeton. Williams had been lining up as a quarterback in the single wing, before Barlow decided that Payne was ready.

“He’s fast and athletic, and it sounds good and looks good on paper, but you just never know how it will go,” Barlow said, noting that Woodgrove has had a senior quarterback each of the past four seasons. “He keeps progressions. He’s learning how to read coverages and if it isn’t there, he will run.”

Glenelg QB-FS Bisi Owens rushed 11 times for 111 yards and three touchdowns, completed 4 of 8 passes for 71 yards and on defense made five tackles and broke up three passes as the Gladiators beat Hammond, 35-14.

Walter Johnson WR Lucas Boiteux caught seven passes for 155 yards and one touchdown as the Wildcats rallied to beat Churchill, 21-17.

Northern WR-S Cody Howard had eight catches for 164 yards and two touchdowns on offense and made 12 tackles, broke up three passes and intercepted a pass on defense as the Patriots beat Patuxent, 42-6.

Gonzaga RB Joseph Hammond rushed 21 times for 161 yards and one touchdown and caught a 28-yard pass as the Eagles beat McDonogh, 23-7. 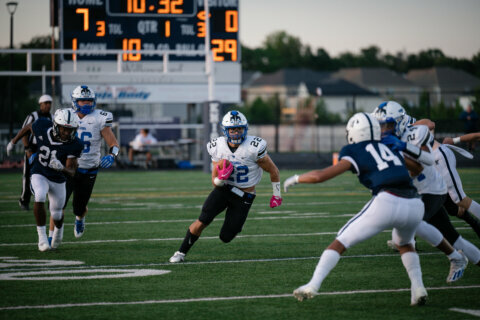 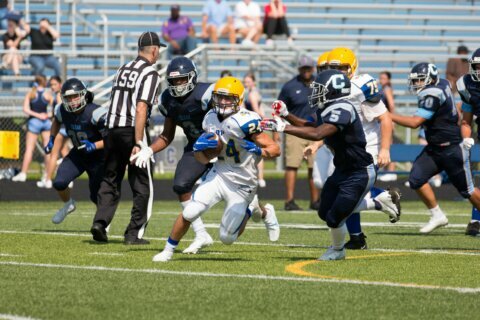 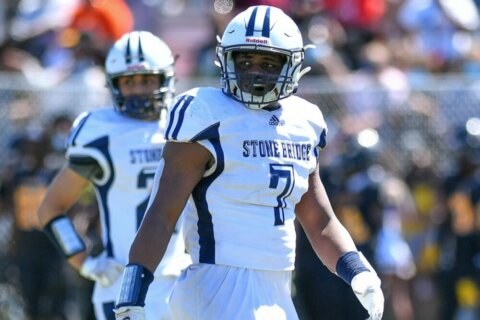